Looking for something to do in May. Check out these great events taking place on the Carolina Coast 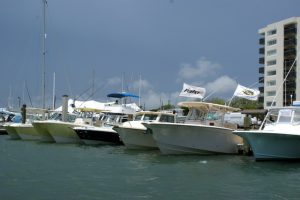 The 2016 Crystal Coast Boat Show, at the Downtown Morehead City waterfront, on is shaping up to have more boats, vendors, artists, vintage automobiles and entertainment than ever before.  Captain Steve Miller, chairman of the Boat Show Committee, said, we’re becoming one of the biggest boat shows in this part of the state.  Before the end of last year’s show, dealers and vendors were signing up for 2016.  I’m excited that we already have more boats signed up then we’ve ever had.”

2016 Blackbeard’s Spring King Bash will be held May 27th & 28th on the waterfront in Sneads Ferry NC . This will be a fun & family oriented Tournament. There will be a TWT for Spanish Mackerel and Dolphin . Simple rules with a Captains meeting and a shotgun start Saturday morning , Weigh in will be between 3-5pm at Blackbeard’s Restaurant waterfront.