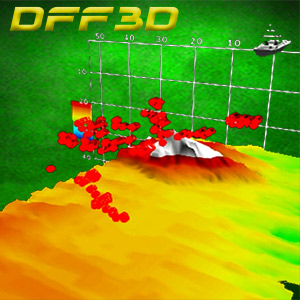 Furuno DFF3D Multi-Beam Sonar Furuno has been working on this multi-beam sonar product for the past few years, tweaking it so that it would perform flawlessly in the unpredictable coastal ocean environment, but I was sworn to secrecy until it was launched a few months back. Furuno Product Manager Eric Kunz described to me how they were designing their product with a unique “motion sensing” technology to handle the constant pitch/roll/yaw movements of a dynamic seaway. The goal was to develop a product that smoothed the real-time imaging so that anglers could view a clear, picture-perfect, wide-angle view of what was happening in “real time” underneath their boats in water up to 100 fathoms or more. Furuno has accomplished this by going with a lower 165 kHZ transmit frequency, which enables the beams to penetrate deeper water. In comparison, some competitive wide-angle units offer transmit frequencies that are over twice as high as Furuno’s, limiting the real-world effective depths that can be reached out on the ocean by their sounders.

The DFF3D provides a real-time, 120-degree port-to-starboard view of the water column and seabed, allowing you to explore fishing spots and find fish in deep water far faster than conventional single beam sounders. The 800W/165 kHZ transceiver allows the main beam of the transducer to penetrate directly under the boat with a 20-degree beam to a depth of over 1,000 feet, depending on water conditions. The built-in motion sensor in the transducer smooths and stabilizes the display to give clear and precise images, even in rough sea conditions. The three-part cross section screen displays the real-time sea column echo in a 50-degree port, 20-degree look-down, 50-degree starboard mode, which adds up to a total of 120 degrees side-to-side coverage. This provides critical data to instantly understand the distribution of baitfish and their location and concentrations in the water column. Having this real time knowledge will tell the captain which side of the boat to drop the bait or jigs, if a wreck has fish suspended over it or off to the side, or which way to steer the wheel to bring a trolling spread over a school of foraging tuna—incredible, it’s almost like the fish don’t have a chance!

The Furuno DFF3D offers four basic screens, all of which can be customized to the user’s preference. The Cross-Section displays the real-time sea column echo in 120 degrees port and starboard. This mode aids in instantly understanding the distribution of baitfish and water column conditions. The 3D Sounder History provides an intuitive and easy-to-understand 3D image of the seafloor, along with fish school icons. This mode is useful in a variety of situations, such as selecting fishing hotspots and assessing the seabed condition, or looking to see where to position your boat over a wreck, reef or rock pile to get over the largest concentrations of gamefish. The third screen option shows either a single (directly under the boat) or triple-direction (port, center, starboard) fishfinder image display. This triple beam display helps to understand the depth of fish targets and the seabed condition in each direction, as well as the direction these target fish are moving. Each of these beam angles and beam widths are user-selectable and can be modified to your preferences. The side scan screen clearly displays the shape of structure as a high definition image in port and starboard direction. It is suitable for searching the seabed and understanding sea floor structure.

The DSS3D is compatible with any of Furuno’s latest generations of touch screen multi-function displays, including the TZtouch and TZtouch2 units. The DSS3D is a black box add-on to your existing electronics arsenal that measures approximately 15 inches wide, by 12-1/2 inches long, by 4.7 inches in height, so it takes up some space down below. The MSRP for this black box multi-beam sonar is $2,095, although the street price can be up to 20 percent less than this, depending on where you shop for your marine electronics. You will also need to purchase Furuno’s special transducer to make the magic happen, with both the thru-hull (165T-B54) and transom mount (165T-TM54) multi-beam TDs listing for $1,900 per. Once again, the street price is usually less. 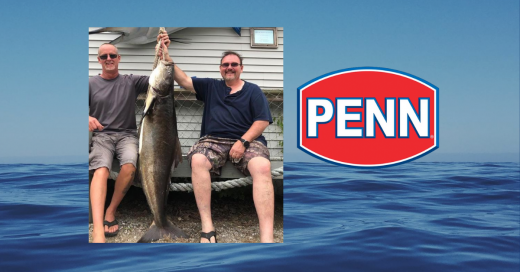 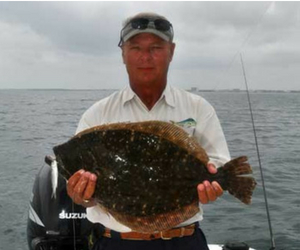 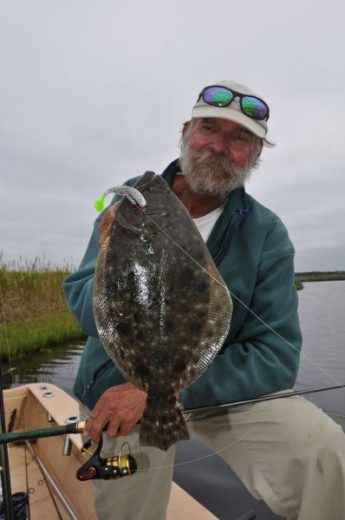