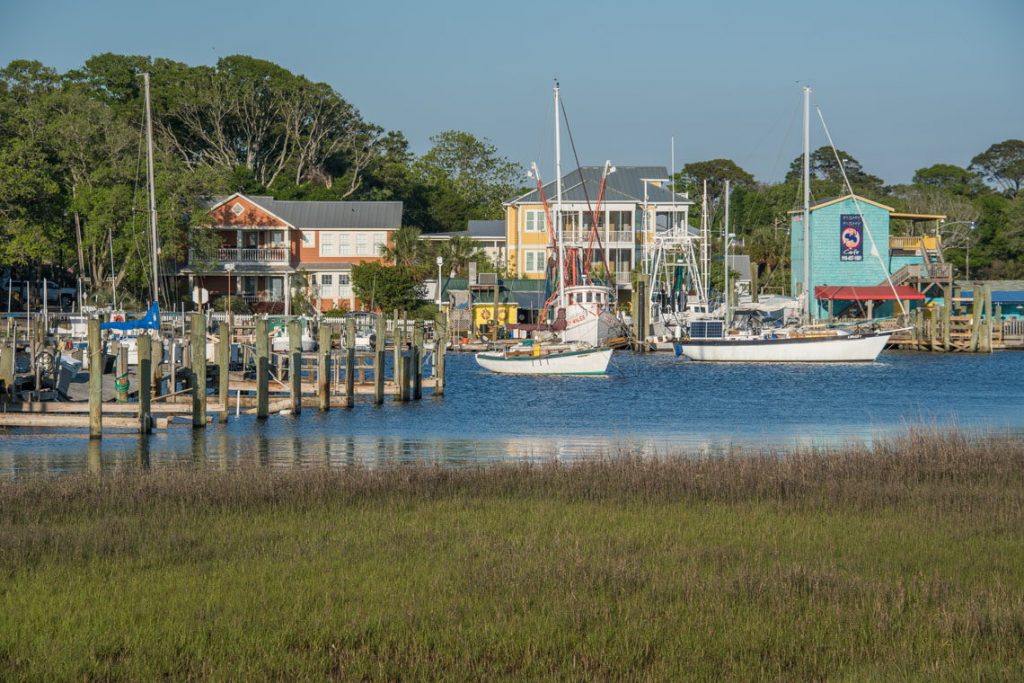 Southport is one of the most underrated destinations on the Carolina Coast. It’s rich fishing and boating history has helped to retain their quaint charm. The town is located just south of Wilmington, NC. Getting there is easy, with a couple of options. One is the drive from Wilmington that takes you over the Cape Fear River and along the river on Highway 133 into Southport. The other and more popular option is to drive from Wilmington to Carolina Beach, NC and then run along the beach to Fort Fisher and take the ferry for the 20 minute ride to Southport. While on the ferry you’ll see the rock wall built during the Civil War that lines the southern tip of Pleasure. Just before docking you will also see the Price’s Creek Lighthouse that also dates back to the Civil War. The ride down the Cape Fear many times includes a passing commercial ship, coming into or out of the Port of Wilmington. This impressive sight makes it clear that Southport is the entry point of the Cape Fear. 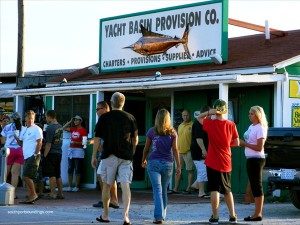 The town itself is seen more as a village, with the many circa 1800’s homes and buildings that have been restored to their original state. These classic residences line the streets that are bordered with moss laden trees that remind you that you’re now in the midst of Southern beauty and hospitality. The town’s shops have a welcoming and casual feel as you stroll from store to store along Southport’s main streets. The restaurant choices are great with Mexican food options to burgers, and of course the traditional and popular fried seafood restaurants. The most popular is the Southport Provisions Company. This rustic waterside shack extends an open invitation to fishermen arriving by boat and those landlubbers that come by car. They feature handmade-to-order crab cakes and fresh off the boat steamed shrimp.

The town of Southport is full of great but somewhat discreet focal points, such as the “Whittler’s Bench” that faces the water’s edge. A great place to just sit and watch the boats go by or view nearby Bald Head Island. Also, just down the street is a tower that looks out over the water. This is the “Pilot’s Tower”. The tower was used as an observation platform for the river pilots to spot incoming ships prior to the days of radio communications. It was also used as an observation post for the military during WWII. 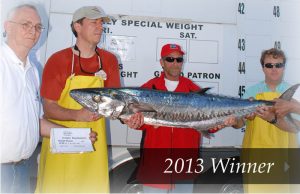 Even though it’s a small town, Southport plays an important role in the many events held within the borders of North Carolina. Each year it hosts the North Carolina July 4th Festival. During that week, the town is covered in a sea of red, white and blue. Main Street comes alive with the state’s largest July 4th celebration that includes marching bands, patriotic floats and much more. Also each year, Southport hosts the U.S. Open King Mackerel Tournament in September. This iconic event is one of the nation’s largest saltwater fishing tournaments with hundreds of anglers competing.

Speaking of fishing, the waters surrounding Southport are considered some the richest fishing grounds in the Carolinas. Located just 25 miles off Frying Shoals, the town makes for easy access to the best offshore fishing location in North Carolina. Inshore fishing for species like Redfish, Speckled Trout and Flounder is fantastic with year-round fishing always possible. You can fish the Cape Fear River or just ease around the many miles of creeks and marshes. Fish in locations that famed Southport angler, Jimmy Price once fished, or run a few miles offshore and hook a King Mackerel where this years U.S. Open winner fished just a few days before. When you’re finished, pull into the dock at the Southport Provision Company for a crab cake sandwich and an ice cold beverage. It’s living Coastal Carolina style and it’s here everyday.