Lure Maker That Has It All…..Family, Career and Lures 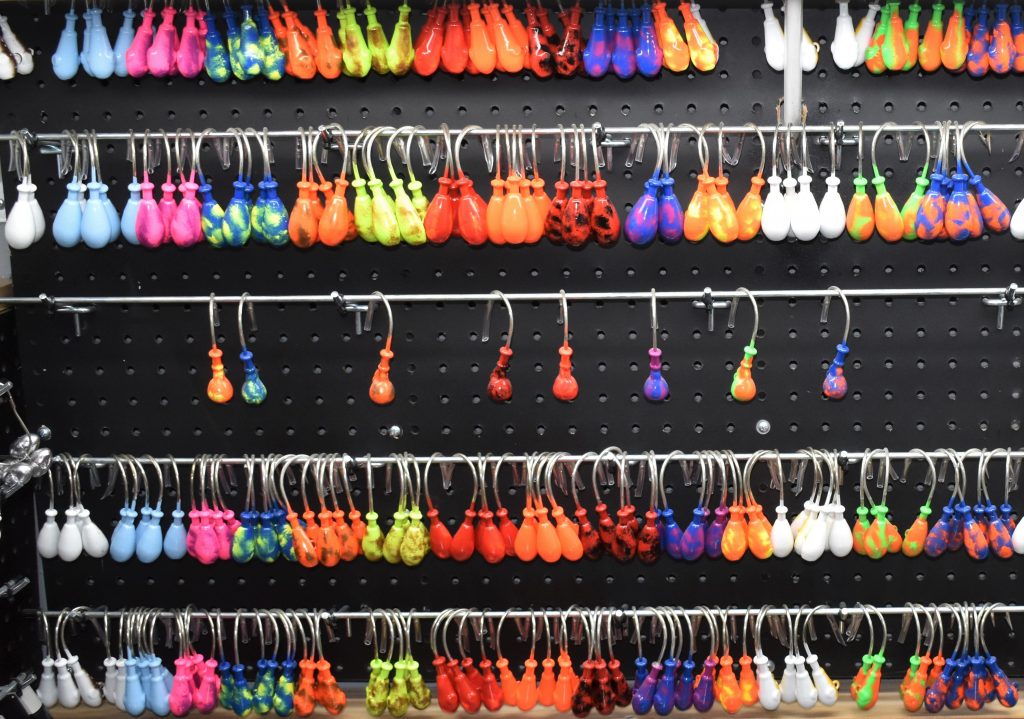 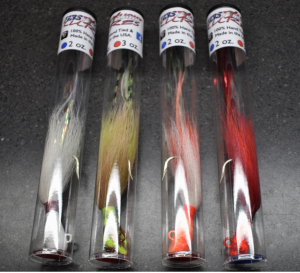 The fishing industry is filled with scores of lure makers. Some are big but many are small. One of the characteristics that smaller companies have is their passion that exists. Not only the passion for their product, but also for their families and community. On a recent visit to the First Flight Lures facility I found that to definitely be the case. When I arrived the first thing I noticed was that First Flight’s operation was actually in the single car garage of the owner’s home. Gene Holland, owner, welcomed me at the door and escorted me to the garage shop. It was neatly organized with the storage bins labeled and stacked. This is when I started to recognize the level of both passion and pride that Gene had for his small business.

Gene is a Fireman for the city of Wilmington, North Carolina and runs his growing business on a part time basis. He took his dedication for his family and his job as a fireman and then used his passion for creating fishing lures as the best means of staying connected to both. With a household of 3 children ranging in ages from 12 to 16, he uses his lure making business as the opportunity to be near the kids during those important times like dinner, homework and just being dad. It’s a balance that is important to Gene and allows him to pursue both careers. 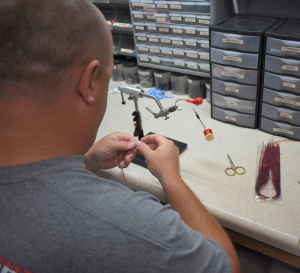 While I was there, I watched Gene make a lure that would carry the First Flight Lure name. His attention to detail and the careful creativeness was impressive. In just a few minutes the lure was ready for packaging. I was also impressed to learn that Gene has a keen devotion to where the pieces of his products come from. He told me that all the many parts like the flash, heads and other parts are made in the United States. This is an element that he is committed to. 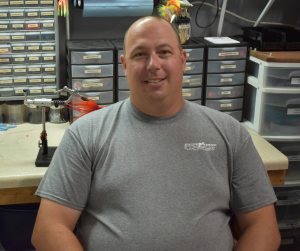 Gene made it clear that he has no plans to become a large player in the fishing lure industry. He does want to continue to grow, but that growth has limits. He still has every intention in continuing his career as a firefighter. It’s a role that he plays well and has a true love. A role that will remain at the top of his priority list however, is family. Gene seems to have gotten it all figured out. He makes great lures and most of all he knows how to set and pursue life’s goals. He may be working in his garage, but in my book Gene is a huge success with the balance of family, career and passion.  I learned a lot more than about making lures on my visit. I learned about priorities and balance. Thanks Gene.