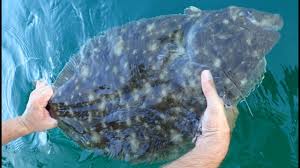 Over the past 6 years since the Coastal Carolina Fisherman website logged on for the first time, we have made sure not to become involved in controversial issues that may surround coastal fishing in the Carolinas. Instead, we wanted to bring you the latest in useful fishing information, fishing tactics, product reviews and interesting stories about fishermen and their lifestyle. Thanks to you (our viewers) our website has grown at a rate of over 110% year over year for the past 3 years. Again, thank you for this astounding support and growth. With that said, we now believe it’s time to speak out about a controversial issue that has impacted the coastal North Carolina fisherman, both recreational and commercial for some time, and this is the management of the precious North Carolina fishing resource. As a lifelong fishing enthusiast and former fishing guide, I came to love and respect our fishery and what it means to the people and visitors of North Carolina. But over the years our fishing resource has seen significant declines due to multiple reasons. 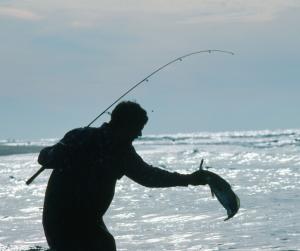 The recent closure of Flounder fishing has sparked a firestorm of both concern and anger as to the future of North Carolina coastal fishing. As a result, a great deal of “finger pointing” has occurred from multiple groups that are impacted by this growing issue that has been going for a number of years. These countless debates have achieved no positive results and only served to largely create hostility and blame while our resource continues to move towards perilous levels. Anglers of each area of North Carolina fishing have a share of the blame. Some have a far greater share than others. Each group should be held accountable for their share of this concerning erosion of our North Carolina resource. However….I believe the real blame starts largely with our state regulatory agencies, such as North Carolina Marine Fisheries that are charged with the duty to protect our fishery and its impact from both commercial and recreational fishing. It is their job to manage the state’s fishing resource for the enjoyment of the recreational angler and the protection of commercial fisherman’s livelihood. A responsibility that the North Carolina Marine fisheries has failed miserably at. They have failed to see or admit to seeing the deterioration of our fishing stocks.  What is needed is to develop long range plans that would allow those stocks to recover and then flourish in the future. These plans would require the conservation of both the recreational and commercial fishermen and address the real issues that negatively impacts the resources rather than ignoring those issues that are politically driven. Over recent years they have ignored the warnings from the public sector of this decline. In desperation, numerous entities have shared ideas such as the development of fish hatcheries that could potentially be privately funded. Such a project would require regulations that would protect the juvenile fish during the growth process. While the North Carolina Marine Fisheries holds countless public meetings, little to nothing ever changes based on the public’s input.

Ultimately the blame lies with the Governor of North Carolina, whose responsibility is to appoint members to the Marine Fisheries commission. While there are many opinions as to whether the board members lack the knowledge to be in that important position or whether they are representing those with special interests, it is clear they continue to do an injustice to the people of North Carolina. Today, our state has one of the worst managed fisheries on the east coast, and even in the nation. Many of our current regulations are “knee jerk” reactions and many times based on incorrect or bias information. It’s a way of doing business that will only result in a bleak future for the recreational fisherman and their commercial fishing counterparts unless things change.

Moving forward Coastal Carolina Fisherman e-Magazine will make every effort to keep you informed of this concerning and dismal place in our state’s fishing legacy. We will work with other groups to increase the awareness of this problem to a million plus North Carolina fishermen who seek a fast and effective resolution. We will also be bringing ways you can help and join us in that effort. It is your fishing resource, both commercial and recreational, and it’s time to repair the mismanagement of the past and present. Let’s not let our state’s fishing disappear on our watch.

Send Your Comments To: tim@coastalcarolinafisherman.com