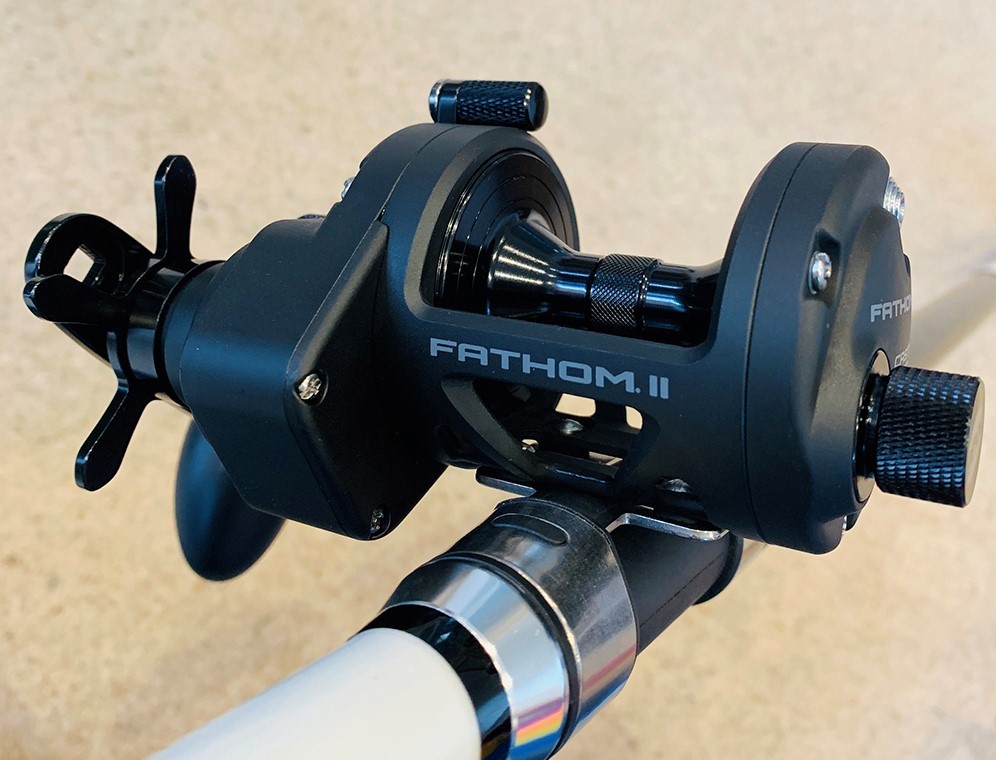 The second generation Penn Fathom II Star Drag reel is built with a rigid metal frame and side plates, and now with additional features that are to make the reel more user friendly. It features a fast gear access side plate that allows the angler to easily service the gears and the patented HT-100 drag system with ease and efficiency. The live spindle design offers long, effortless casts, while the power gear ratios (select models only) give ultimate torque for winching up deep or bigger fish. The magnetic casting brake is available on 12 and 15 sizes only.

The Penn Fathom II is proving again to be the winner in the long line of Penn reels  in the class of conventional casting reels. The reel provides a medium to long distance cast that is considered to be more accurate than most reels of its class. This is partially due to the external knob.  The Versa-Drag system is again the star of this show for those anglers using the reel for bottom fishing or for catching the bigger fish. The fast gear access plate is popular to anglers that like to frequently service their reels themselves. It’s easy to access and does not require special tools.

The Penn Fathom II has many great uses and one is surf fishing. Pair it with a 12’ surf rod and you have a strong set up. The fast gear access side plate again makes it easy to clean up after that day of surf fishing. The cost is comparable to reels in the same class. All things included, I would give the Penn Fathom II 5 stars thanks to the Penn innovation, well thought out design, solid construction and ease of use.