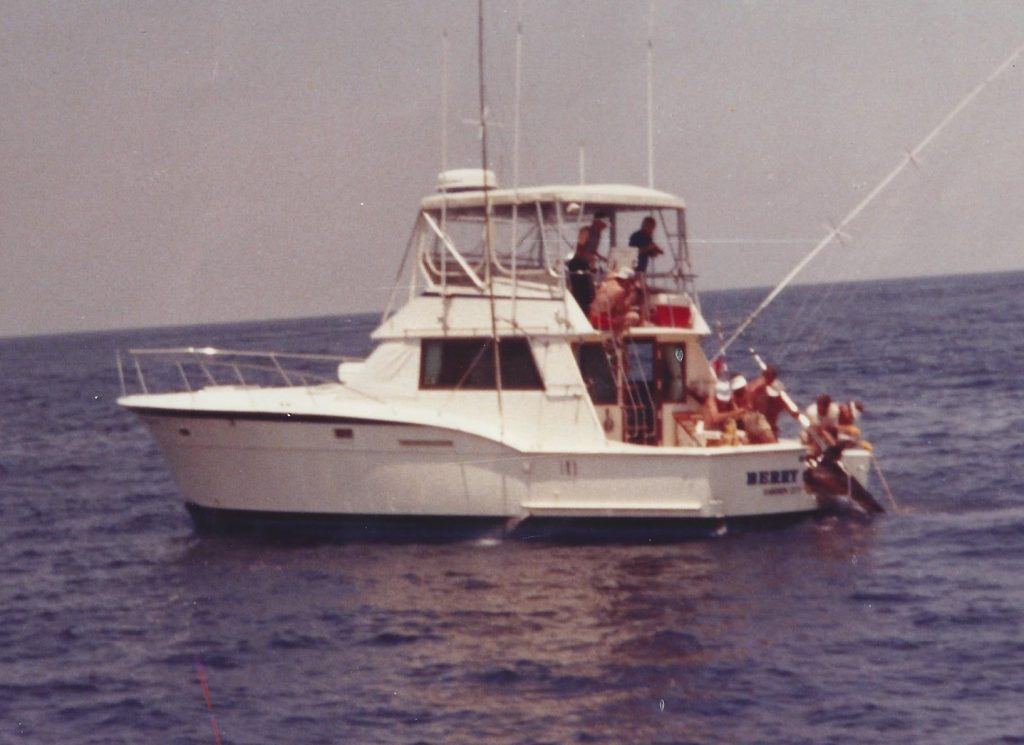 Every fisherman has tales about the foods and recipes they love to talk about. It may be oysters on the half shell topped with Asiago cheese and dollup of BBQ sauce and a drizzle of Tequila. Or it might be smoked Bluefish mixed with spices and cream cheese as a spread for crackers. This story is about a South Carolina doctor that created an award winning sandwich while fishing of the South Carolina coast. It’s was written by his son (Chip) in fond memory of his Dad and how his legend still lives today.

The “Blue Water Sandwich” was created fishing the famous “Georgetown Hole” 60 miles east of Charleston in the mid 1980”s. It was a few years later that it was declared by the prestigious Charleston Post and Courier Newspaper as the award winning 1stplace “weird sandwich” contest winner. We beat out more than 35 competitors. It is not only absolutely delicious, it’s simple, it’s cheap, and it is also extremely healthy. 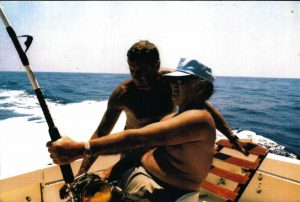 The Blue Water Sandwich was created by my late and beloved father, Dr. JB Berry. He was a passionate country doctor practicing internal/family medicine for 52 years. He graduated 1st in his class at the Citadel and then graduated with honors from Duke University School of Medicine. He also was a licensed boat captain and a loving and creative person. He hugged each and every patient he met. In addition to serving patients, his 2nd love was blue water fishing and he was good at it. He and I truly bonded in the blue water together. At 5:00 in the morning I can still hear him proclaim as he skipped happily down the dock, “Capt. Chip, fire up them damn Detroit’s and carry me to blue water— I’am ready to catch a Blue Marlin this morn’n”—- and that we did!!! 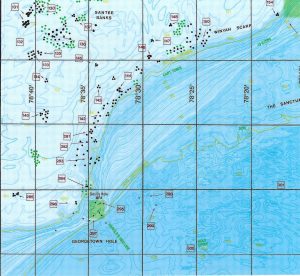 Location of the Georgetown Hole

Regarding the birth of Blue Water Sandwich, we were fishing the huge ledges and spikes in the north end of the Georgetown Hole—- 45138.0/59973.5 to be precisely exact as to the location. I vividly remember this spot because we had just released a 200 Lb. Blue. To celebrate and take a break, my father decided to go into the galley and make sandwiches for our crew of 6 on our 42 Hatteras, the “Berry-Cuda”. About 20 minutes later, he came out on deck to share with the crew this epic delight. Daddy basically created this with a hodge-podge of staple ingredients always on our boat which included white bread, sweet onions, sardines, cheese, and a few other condiments. This sandwich has become a favorite among a few select boats in Georgetown, Charleston, and Murrell’s Inlet. It also remained our crew’s stable culinary delight on every fishing excursion through the years.

In honor of father and as a gift to fellow offshore anglers, it is time to share with every offshore angler and their crew his creation. So please try it and certainly enjoy!!  Remember too that Sardines provide the highest level of natural Omega-3’s for the heart and recent clinical trials say that Omega oils fight depression. No wonder we always fish happy!!!!!!

A note to Landlubber’s— A great sandwich for on the hill consumption too, but you certainly will smell like you been offshore fishing!!