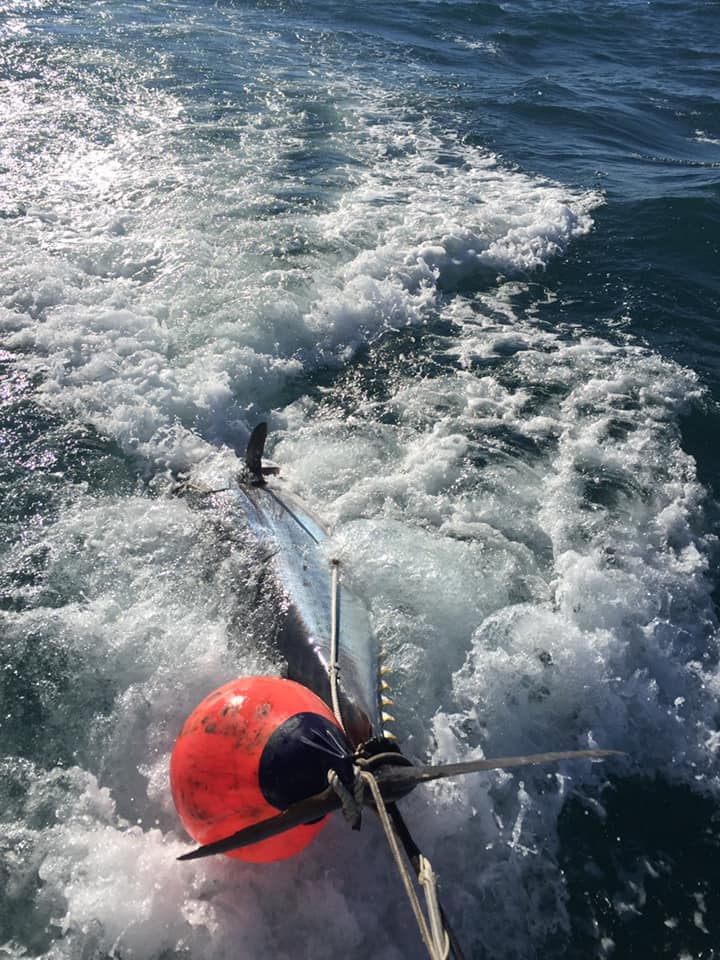 The 2019 fishing season is ending with a resounding bang along the Carolina Coast, especially in the Crystal Coast/Morehead City area. They’ve had a great Speckled Trout Season, but it’s the Giant Blue Fin tuna that’s stealing the show. With this year’s numbers passing the 2018 season in both numbers and sizes making it a banner year on the for towns like Morehead City, Atlantic Beach and Emerald Isle, NC fishing. While the Blue Fins are being caught in good numbers all along the North Carolina coast, the epicenter seems to  more defined along the Crystal Coast.

Experts reports that a large amount of bait off the area beaches is playing a major role in this year’s success. These large 14-16 inch menhaden are the prime targets for the Blue Fins and school up along the beaches in the more shallow water. The bait balls are many times as large as an acre. Getting to the giant fish is only a short boat ride with great fishing being reported 5 to 7 miles off the beaches and sometimes even closer, depending on the bait movement.

Ironically, the Blue Fins being caught along the Crystal Coast off Morehead City did not migrate from the same area as those caught off the North Carolina Outer Banks. These fish actually swim from the  Mediterranean. Once they arrive, there are skinny and looking to feed on the big Menhaden and do so. A few days after the long swim across the Atlantic and feasting on the generous supply of bait the Blue Fin are fat and healthy like their counterparts along the Outer Banks.

Another unusual trend is the number of large sharks being report caught along the Carolina Coast. A large Thresher Shark was also caught off Morehead City which is believed to be possibly double the size of the North Carolina State record.