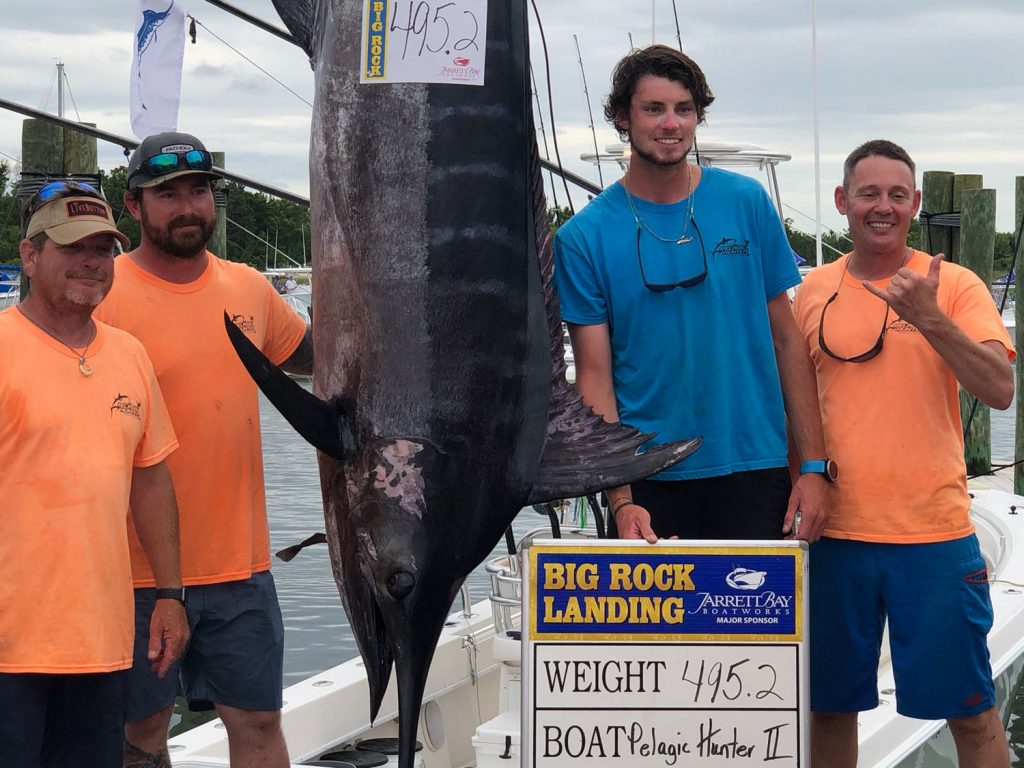 Pelagic Hunter II of Sneads Ferry was the official winner of this year’s event with a 495.2-pound Blue Marlin caught on Friday. The 35-foot Contender and its crew fought the fish for several hours before putting their boat into the wind for a high-speed race to the scales and the title. Sea Striker of Morehead City came in with the second place fish weighing in at 495 pounds, and Predator of Hatteras was the third place boat with a 494.2-pounder caught and weighed in on Monday.

Not only was the winning margin just mere ounces, it was also won by a center console/ outdoor boat which while not unheard of, it is somewhat uncommon. The Pelagic Hunter II win brought in by Capt. John Cruise III and angler Riley Atkins, earned the  winners a $239,837 payday with the second place team on Sea Stricker bringing in a $1.5 million check. This difference in the purse is due to the various registration levels offered to contestants.

The second-biggest check of the tournament wet to Lo Que Sea, the weekly release division leader with 2,250 points. The Ft. Pierce, Fl., boat, captained by Garrett Yarbrough, won a sum of $151,937 in weekly release prizes, in addition to the $47,813 for the Tuesday daily release prize.

While tournament week was somewhat hampered by less than good weather there were still 14 Blue Marlin brought to the scales with release numbers hitting 180.