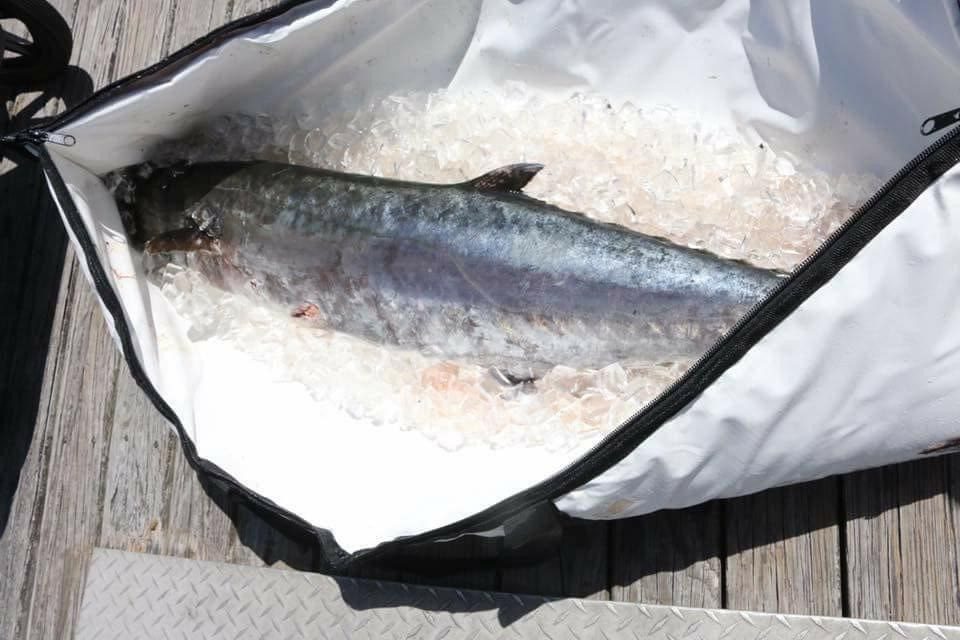 In the competitive world of tournament fishing, a few ounces can be the difference between winning and going home empty handed. One of the ways competitive anglers hedge their fishing bets is by using insulated fish bags. These ice and water-filled bags allow the fish to maintain its internal moisture that converts into potential dollars at the weigh-in station.

Today, most competitive anglers in tournaments like the recent Big Rock Blue Marlin Tournament and the Southern Kingfish Association Tour wouldn’t leave the dock without a fully iced fish bag. The bag also acts to protect the potential winning fish from damages that may occur on the trip back to the scales that, again, could impact the weight of the potential winning fish. 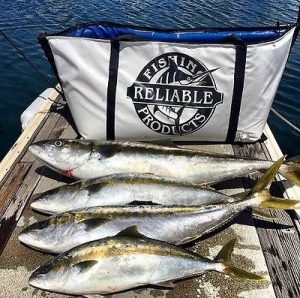 By quickly putting the fish in the bag with ice and generous amounts of saltwater, it will immediately stop almost any loss of fluid. The bag is far more effective than the previously used fish box or large cooler. The specially designed bag enables the angler to move the fish from the boat to the scales while maintaining the preservation of the fish. By using the fish bag, it allows the fisherman to keep the fish in a better state by avoiding being stuffed in a cooler or fish box that can have a negative impact on the integrity of the condition of the fish that’s under the scrutiny of the tournament officials.

In recent years fishing tournaments have been won thanks to the insulated fish bag. In the most recent 2020 Big Rock Blue Marlin Tournament, the winning fish edged out the second place finisher by a narrow margin of 2/10 of a pound. This equates to the weight of a small glass of water. It’s not a lot of moisture when you consider the fish weighed nearly 500 pounds. When fishing in many tournaments with smaller species, the competitors can simply put the fish in a live baitwell to avoid moisture loss and weight loss while keeping the fish alive. This is true with the bass tournaments and other saltwater species tournaments like Redfish and Flounder.

The insulated fish bags is a competitive game changer and the investment is only marginal with prices starting at around $100 and moving up from there. However, that slight investment can earn thousands at the weigh-in. 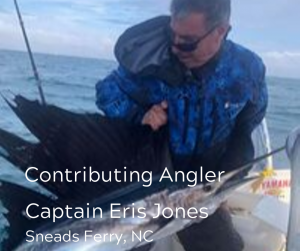