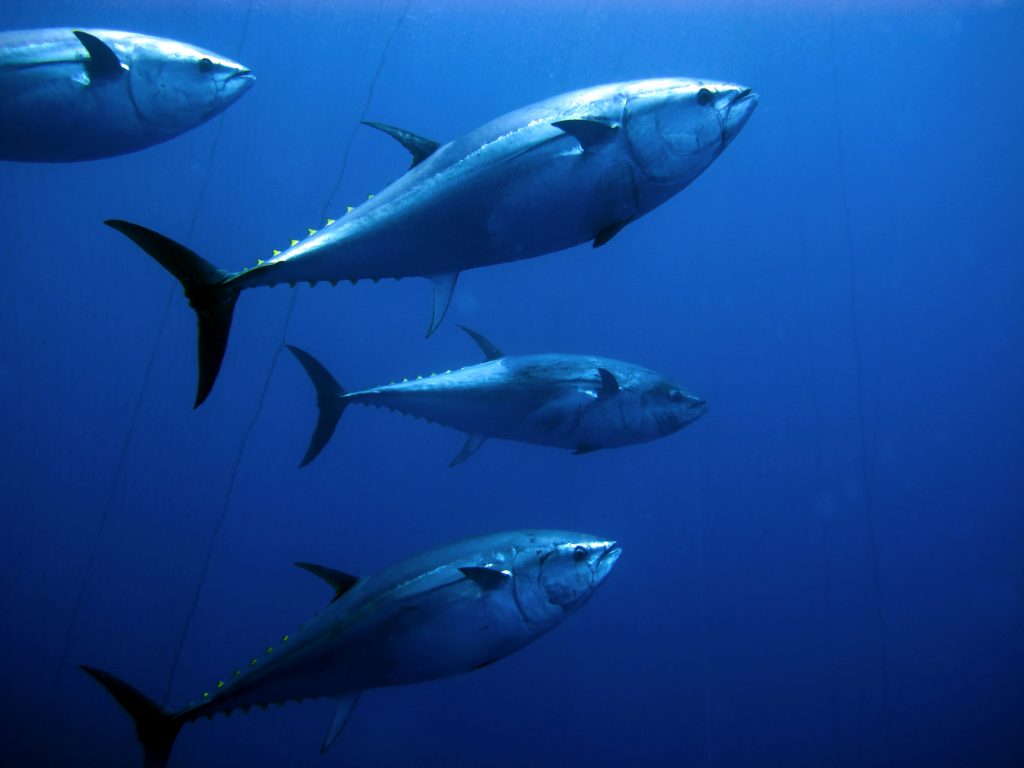 Captain Chip Berry is a lifelong offshore angler and former charter captain who also has an extensive background in marine biology. This story is part of an ongoing series that digs deep into the behaviors of multiple fish species and how those behaviors impact your fishing.

The Atlantic Bluefin Tuna (Thunnus Thynnus) is arguably the mightiest ocean game-fish, competing with the Blue Marlin for such a title. Found in the western side of the Atlantic Ocean off North Carolina, the December Bluefin are here and reports of good catches are already appearing since the season officially opened on December 1st.

Typically present from late November through early April, Bluefin hang around feeding on bait-fish and are typically found in upper continental waters from 10 miles offshore up to 200 feet of water. They will eventually migrate out as water temperature and their prey migrate. But for four months, North Carolina offers a world-class angling experience with giants reaching 1,000 lbs., and many in the 200 to 500 lb. class. For those with commercial sale permits, this species brings the most dollars per pound of any fish in the ocean. For the recreational angler, the beauty and speed of this voracious finfish is a chance of a lifetime experience.

Here are a few facts, a little speculation, and some unknowns about these sometimes elusive and unpredictable wonders:

Bluefin are a challenge to fully understand due to their highly migratory patterns and life history. The species is managed and regulated by the International Tuna Commission for the Conservation of Atlantic Tuna or (ICCAT). They are a species that has total Atlantic geographic migration and their future lies in a more basin-wide management. The Bluefin is considered a borderline “endangered species” which needs wide intelligent management for protection and population rebuilding.

Bluefin travel according to water regimes, prey location, and preferred spawning areas. Off NC during late November through early April, they congregate to take advantage of the spawning Menhaden masses along the coast from Cape Hatteras to Cape Fear. Menhaden are filter feeders but possess a very high oil content of Omega-3’s which helps the Tuna fatten up for their migration to spawn many miles away. Think about the Polar bear and Seal relationship.

There is agreement that Bluefin travel from the Northeast mid-Atlantic regions to the Caribbean and then to the Gulf to spawn in spring but some research suggests that a common spawning ground may exist between the Gulfstream and the western mid to upper Atlantic inshore waters also. Other specific areas are also speculated. It seems that the big giants may indeed spawn in southern waters and that mid-sized fish may be associated with the northwestern Atlantic area. Bluefin Tuna are known for traveling from the eastern Atlantic and back to ingest the food sources of the southeastern US coast. Bluefin are known to travel from NC towards Bermuda towards the Caribbean and Gulf and by-passing southern SC, Ga. and Florida offshore.

Multi-year Stomach contents of the Bluefin Tuna show that the species is targeting Menhaden off the Carolina’s in the winter season—85% in biomass but some other species, such as the Atlantic Needlefish, some squid, crab, as well as finfish, such as Bluefish, are present.The gut content (from ingestion to elimination) demonstrates that it takes about 20 hours from eating to complete digestion. This shows that Bluefin off NC are daytime feeders with the maximum feeding time being between 9:00 am and 12:00 pm and from 1:00 pm and 300 pm. Pronounced nighttime feeding is not shown through research.

Where do they feed? Following the prey, they are found in extremely shallow waters from about 5 miles out to upper continental shelf off the coast of the Carolinas. They like structures with baitfish including higher relief live-bottom, wreck sites, and artificial reef structure relief.

Because Bluefin are prolific feeding machines, they are attracted to many techniques for the angler. Trolling Ballyhoo is popular as anglers can cover ground and locate bait and fish concentrations on their bottom recorders. Dead bait, chumming and other techniques are used including live bait.

If you want to fish for Bluefin, consider chartering boats from experienced captains from Hatteras to Carolina Beach, NC. All participating vessels need a federal permit.

All fishermen of this treasure should contact the ICCAT, The South Atlantic Fishery Council and your state legislators to support the maintaining and rebuilding the conservation of this majestic creature. Life would not be the same in their absence!