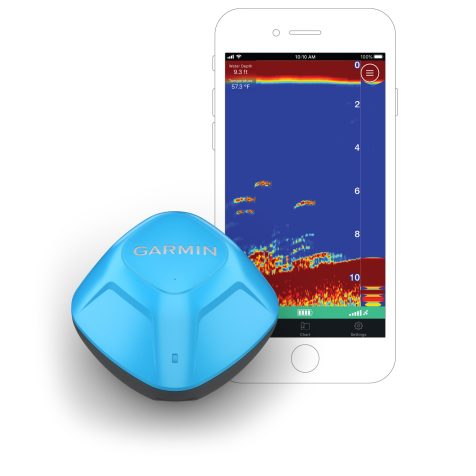 Garmin® International, Inc., a unit of Garmin Ltd. (NASDAQ:GRMN), the world’s leading marine electronics manufacturer1, today introduced STRIKER™ Cast— a castable fishfinder that delivers sonar wirelessly to a smartphone or tablet. No boat? No problem. STRIKER Cast is a versatile sonar device that anglers can take with them wherever they go. Just cast it out from where the fish are biting that day – the bank, a dock, or even from a kayak – to view fish and structure in crisp detail on the free STRIKER Cast app, compatible with both Apple® and Android™ devices. With STRIKER Cast, anglers can even create their own fishing maps2 for an even more detailed look at the area they’re fishing.