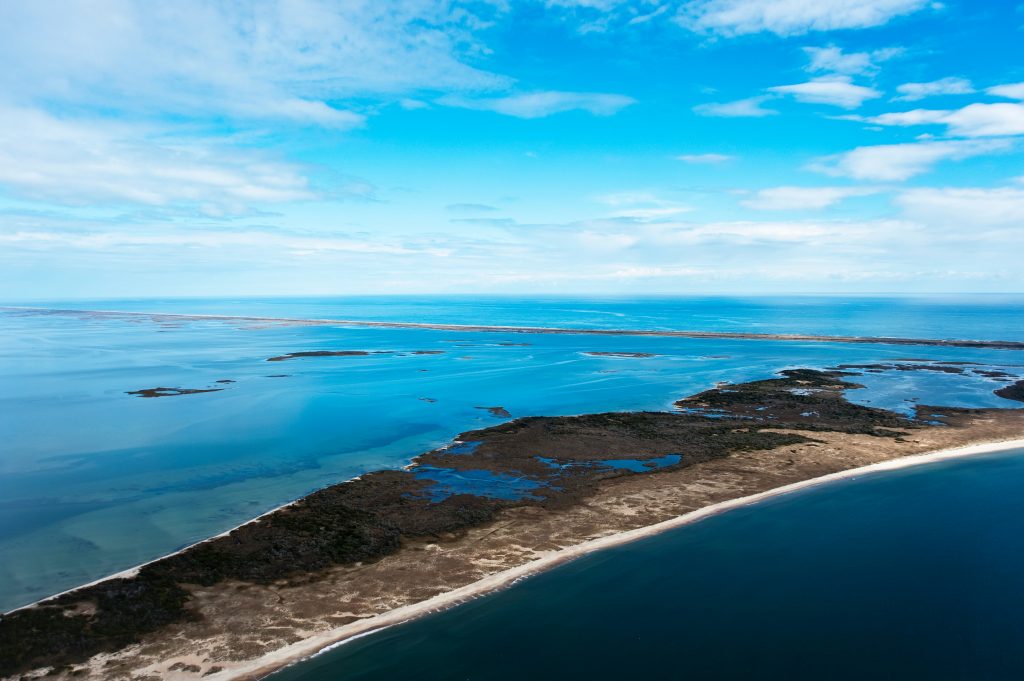 The Carolina coast has a reputation as one of the greatest fishing meccas in the United States. Just northeast of Morehead City, NC, is a place that serves as an example of that coveted reputation. It’s a large expanse of places called impressive names like “The Hook”, “Shark Island”, and “Cape Point Shoals.” It’s a place where pirates once played and many ships were lost. However today it’s where anglers from all over the country come in search of that “bucket list” fishing experience. It’s called Cape Lookout. 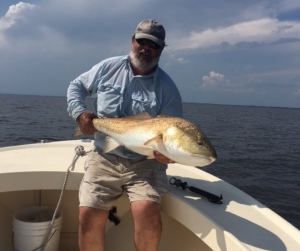 Its natural beauty is breathtaking and the fishing spans a wide array of species and fishing tactics. It’s home to experienced local fishermen who have fished these ever-shifting shoals and channels for generations. Cape Lookout in many respects requires an unusual fishing approach due to its constantly changing conditions, both in its water movement and the species of fish that are caught there. An angler must be able to effectively read the water that can be flat then change to a sea of 5 footers with a slight change of tide, winds, or both. It’s conditions that the local fisherman knows and reads well. It’s that experience that gives those fishermen the edge when it comes to fishing the area. 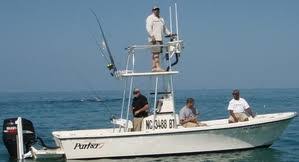 Cape Lookout holds an indefinite number of deep channels among shoals that hold tremendous amounts of baitfish that attract larger fish. It’s the home of inshore species like Redfish, Speckled Trout, and Flounder as well as nearshore and offshore species like Cobia, Spanish Mackerel, False Albacore, and Bluefish. It’s a place where the fishing purist can come with a fly rod in hand and have the fishing experience of a lifetime or he can do battle with a massive Cobia with a spinning reel. He can fish the rock jetties of Lookout Rock for Speckled Trout or take a boat over to Shark Island for surf fishing. 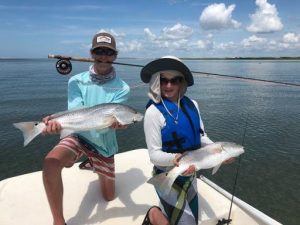 If you’re fishing there for the first time it’s recommended that you fish with a person or guide that’s knowledgeable of the waters. It’s not only safer, but it will make for a far more productive day of fishing. Once you’ve learned the many channels, shoals, and hotpots you’ll be ready to strike out on your own. One of the best things about fishing Cape Lookout is probably the options. It has many which are extremely useful when it comes to those changing conditions we spoke about. You can many times easily find an area that is well protected from the invading wind and continue to fish.

There are so many factors that make Cape Lookout the gem that it has been for centuries. The rather odd contour and shape of the shoals are in the contour of an actual fishing hook. The diverse fishery includes inshore, nearshore, and at times offshore fish species. It’s a fascinating water flow that goes from inches of water to 20 to 30 feet in a matter of a few seconds. Most of all it’s the beauty. The Cape is only a few miles from beaches crowded with tourists, restaurants, and gift shops. Cape Lookout brings a sense of solitude to fishing that you can rarely find. It challenges the angler with the sometimes angry conditions and forces those fishermen to think carefully about where they’re going and how they will get there. It offers something for nearly every visitor. No matter if it’s big fish, little fish, or everything in between. Fishing from a beach or a boat with fly rods or spinning tackle, it offers it all. 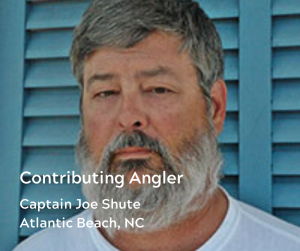