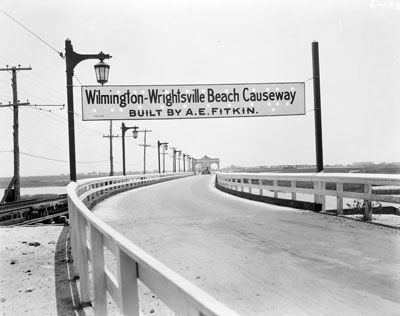 Like the Cape Fear Coast itself, fishing in the area has seen its dynamic changes over the past 50 years. It seems of have come with the evolution of the area as a chain of tourist communities and improved means of transportation. Fishing has always been an important part of the attraction and fabric of both Wrightsville and Carolina Beach with Southport and Topsail not far behind. In the 50’s and 60’s iconic names like Captains Eddie Hanneman , Linwood Roberts and Rock Brown came on scene featuring boats designed for charter boats. These boats would many

times leave a midnight in order to be at the fishing spot by dawn. They would fish all day and return at sunset on the second day. These boats were commonly moored at the Wynn Plaza in Wrightsville Beach near the Wings store on the causeway. Now Wynn Plaza serves as a public dock and charter boats are now scatter 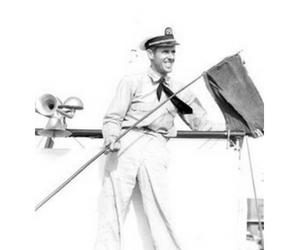 These guys were true fishing icons, like Captain Eddie Hanneman of Wrightsville Beach. Captain Eddie ran his boat in full captain’s attire each day. He was never without his pressed khaki slacks and shirt, complete with a neck tie and of course his captain’s hat. Captain Ed Wolf ran the Whipsaw starting in 1974. The Whipsaw is a 1974 William Guthrie boat, built at Harkers Island. There’s a legend that one day Captain Ed became frustrated with the weight of the onboard alcohol stove and pitched overboard near Seapath Marina where remains to this day. Captain Ed is best remembered for giving many future captains their beginnings in the charter business. I was actually one of those many young men that Captain Ed mentored. Even today the Whipsaw still plows out Masonboro Inlet in Wrightsville Beach on what seems to be an endless string of charters. It’s known as the oldest operating charter boat in North Carolina. Captain Ed’s son, Robbie has operated the fishing legend since his dad’s untimely passing many years ago.

In Carolina Beach a number of charter boats filled the harbor as they do today. The Winner family was the mainstay in the early years with Captain Carl Winner serving as the patriarch. A rumor is often told that when Captain Carl could not get cooperation from the Army Corp of Engineers to open the inlet at Carolina Beach for safe passage that he waited until the next Nor’easter at which time he blew the inlet open with dynamite, thus creating today’s Carolina Beach inlet. The Winner family is now on the 3rd generation of fishing boat captains. Captain Carl Snow was a young Captain in the 60

’s and still fishes today. Carl was not only a charter captain, but also a commercial captain too. A profession that nearly cost him is life in the 90’s when a boat fire occurred on a winter day offshore. Left to survive in a life raft , Captain Carl and his deckhand where rescued sometime later by a passing ship and lived to fish many more days.

During the earlier years the Cape Fear Coast captains did not have the luxury of chart plotters driven by GPS signals. Instead, they depended on the loran C, radio direction devices, their compass while keeping an eye on their boat’s RPM’s. Lures were commonly cedar plugs and drone spoons with plastics being a thing of the future. Reels were primarily the Penn, black face 9/0 reels with Finore rods being the most sought after. 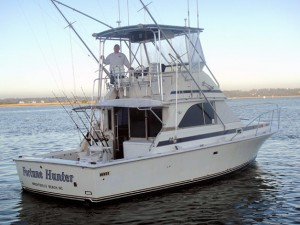 Tackle was purchased primarily at Redix in Wrightsville Beach, Wrightsville Sports Center, also owned by Captain Eddie Hanneman. Some traveled as far as Morehead City to Pete’s Tackle to make their tackle purchases. Pete’s Tackle went out of business a number in the mid 90’s. Even the target species has changed, with Grouper fishing becoming popular in the early 80’s and Red Fish gaining popularity in the mid 90’s. We have also seen the re-emergence of sail fishing in the past 20 years similar to that of the 60’s. Surf and pier fishing has given way to the emergence of the small center console boats favored by many anglers today.

While the changes are many, you don’t have to go far to see that some signs of the old days are still around. There is a street named “Carl Winner Blvd.” in Carolina Beach. You can have dinner in Wrightsville Beach and see Captain Ed Wolf’s “Whipsaw” coming back from a day of fishing.  Many things change, but some things stay the same. 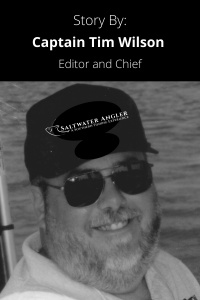