An Angler’s Life……Thru The Lens of Thomas Spencer 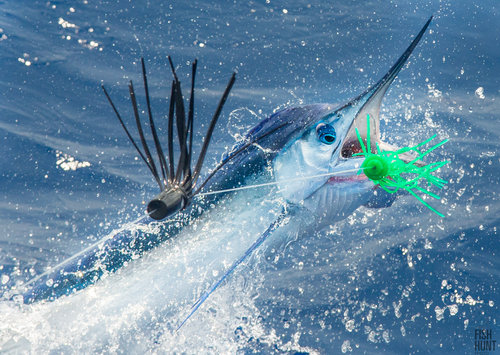 In fishing, both inshore and offshore are many perspectives. One angler may see the ocean completely different than another may see it. That perspective has never been more important than that of an outdoor photographer. Even in today’s world of digital cameras, the eye of the person behind the camera is the difference between a picture and an image that will live a lifetime. It’s those pictures that will hang in the most prominent places in your home and be passed down for generations. They remind us of great moments that we never want to forget. It’s our fishing history preserved forever. 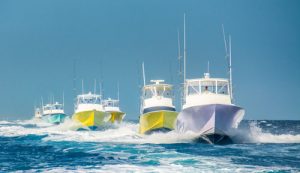 Many of us have countless pictures of those days on the water, but that’s what they are….just pictures. Most lack the dynamic perspective that happens when you catch the right angle at the right moment which makes it an image that tells a story. It’s not only know-how but also a certain amount of natural ability combined with knowledge as well as an incredible amount of passion.

One person that meets all the above criteria is a North Carolina native, Thomas Spencer. His lifelong love of the outdoors and passion for hunting and fishing photography has resulted in making him one of the most well-known photographers in the fishing industry today. It’s a road that started with his parent’s used camera that still required film as well as the tedious development. This camera also didn’t have a zoom lens therefore Thomas had to move toward or away from the target. It was a challenging way to start his hobby. He signed up for a photography course while in college where a kind professor took the time to teach Thomas the art of changing positions for the best shot rather than depending on a zoom lens. This professor and her help proved to be a turning point in his photography career. After college, he was asked to take photos for a commercial construction company which is where he practiced the art of making his photos unique rather than a boring picture.

A few years later Thomas went to work in the tobacco industry. When he got his first bonus, the first thing he did was buy a fully digital, point-and-shoot camera. Later he was invited by Seth Vernon, a close friend, and Wilmington, NC fishing guide, to travel to the Florida Everglades. This was his first time shooting as a professional outdoors photographer. It’s a trip he remembers well and a trip that was the first of many photography steppingstones.  One such occasion came when Thomas and a small group of friends decided to take full advantage of all the great hunting and fishing opportunities that his home state of North Carolina had to offer. The group created a bucket list of places to either hunt or fish each month. These memorable outings were not only filled with great hunting, fishing, and fellowship, these trips allowed Thomas to practice his photography passion. It’s where he refined the skills that enabled him to tell a story with every click of the camera. Images that would serve as permanent proof of the hunter’s or angler’s victory at that very split second. 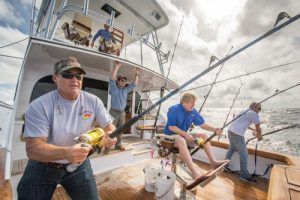 Over time, Thomas found himself being invited on offshore fishing trips to photograph the day’s events. Heading out of Oregon Inlet on North Carolina’s Outer Banks and out of Morehead City for the famed Big Rock King Mackerel Tournament was one of many to come. It was at this point Thomas learn that while his camera was a key part of his success, it was his eye for the shot that would communicate the story better than any words could. In time he would get calls from magazines like Marlin and Saltwater Sportsman, only to name a few. They wanted his photos that told the fishing stories as no one else could.  This talent came largely from his passion for both the outdoors and photography melting together to become more than pictures. It became the artwork. 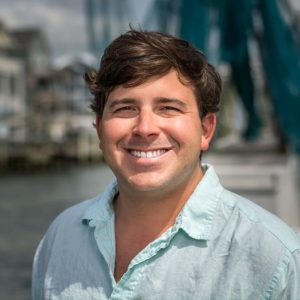 Today, Thomas Spencer still pursues his career in the tobacco industry and enjoys his photography business (FISHUNT Photo) He’s careful to make time for his family as well as his many friends. However, his love of outdoor photography continues. His pictures are frequently seen in a national magazine or the website or brochure of a famous boat builder. Thomas’ path is well-traveled and filled with great stories and even greater images created by a man with a vision of the story he wants to tell.