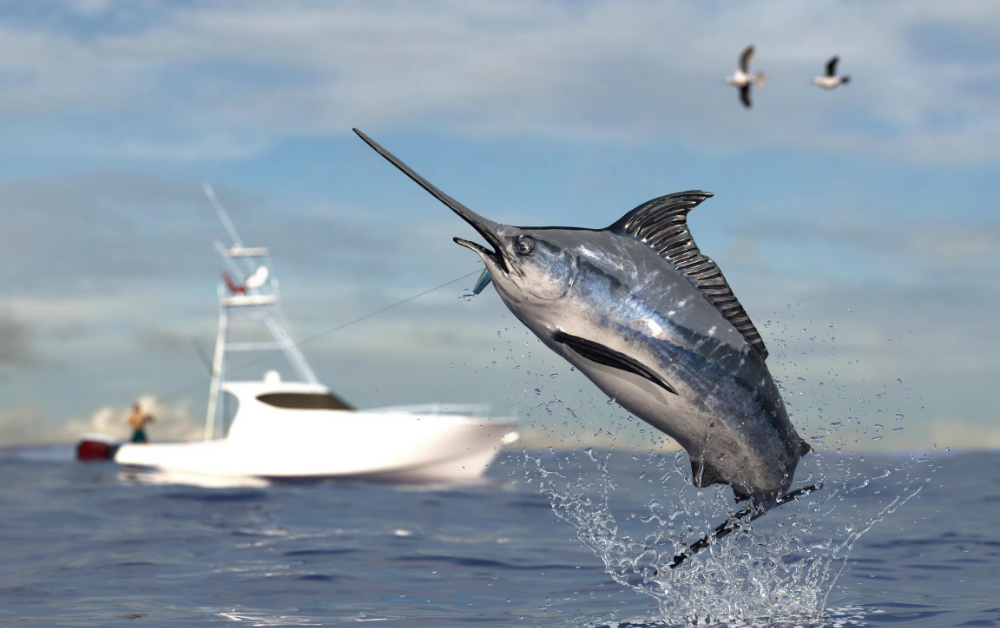 Earlier this week we had a day of offshore fishing that will stay in my memories for a long time to come. What’s unique about this trip was not the size or number of fish we caught, but what we encountered along the way. It was a day that started like so many other fishing days and ended like no other.

We hit the first weedline in about 90 feet of water with a temperature change of about 1.5 degrees. This was a clear indication that the fishing was about to begin and we would be bringing them to the boat in a matter of minutes. Soon we were constantly coming across large groups of dragonfly sized flyers and the water looked extremely promising though we didn’t have any luck. From there we hit another promising well-formed weedline in about 120 feet of water loaded with small flyers but once again no luck, but the day was still young and our hopes were high.

We pushed out and hit another weedline in about 300 feet of water and this is where things got interesting. We stopped to show one of the anglers with us the sargassum since he had never seen it up close. He was fascinated that in just one handful there were probably 100 different organisms from minnows to crabs and other odd marine life. This is a side of fishing he had never experienced and most of us never take the time to enjoy. 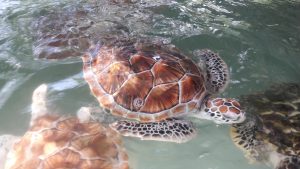 Getting back to trolling, we counted 5 baby loggerhead sea turtles maybe 4 inches in diameter swimming in the weedline. This is something I had never seen before and it served as a clear indication of the importance of these weedlines to ocean life. After a few minutes, the small sea turtles moved off and we continued our search for big fish. Not far from that weedline we were visited by a couple of tuna in the 80-100 pound range t

hat jumped just behind our spread. Thinking the bite was surely about to begin we focused on the water behind and got ready, but no strike. Then not long after that, about 11 a.m., we had about a 200 pound  broadbill sword come by the right long rigger with his bill and dorsal out of the water. Everyone had a chance to see it and I had the guys on the right long and short lines ready for a strike but he never committed. I would’ve never dreamed that would happen; I have never heard of it at least. Later in the day we had 2 wahoo hits but weren’t able to capitalize due to a mono rig getting cut and a pulled hook. We got a few bottom fish on the way in but none on the troll.

While our day was planned for catching fish, the plans changed and not by me or the other guys on the boat. Instead of a fishing trip, we got an education in the beauty of marine science. In the beautiful blue water we actually saw the ocean in a way we had never seen it before and it was fascinating. Most of all it was memorable. 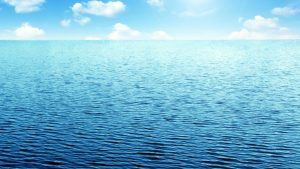