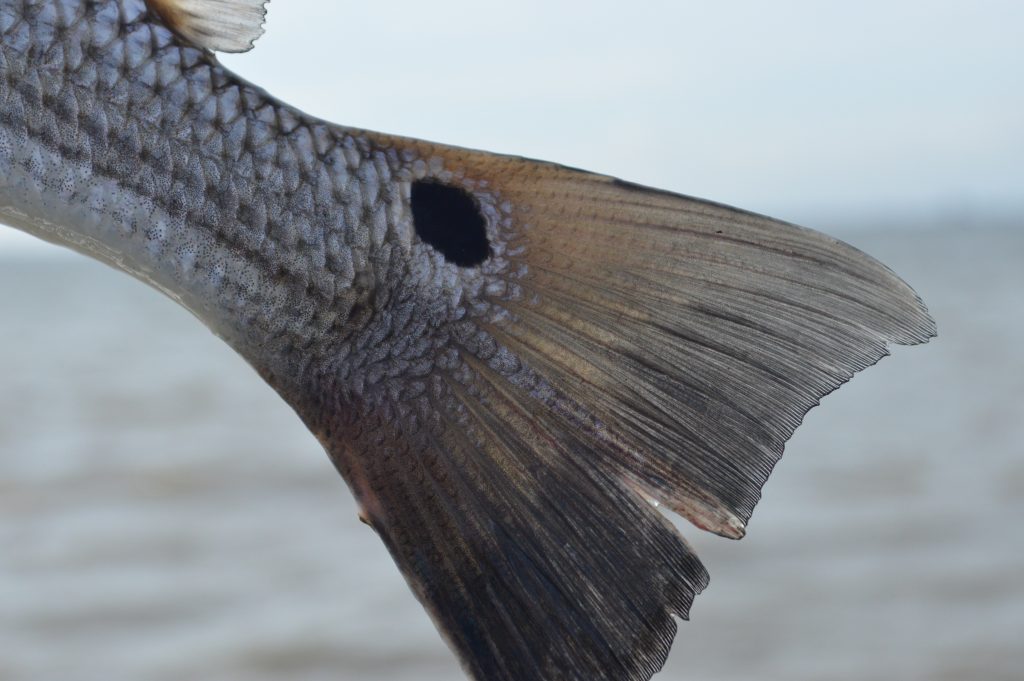 Each year, beginning in early July, the big bull Redfish begin to appear in North Carolina’s Pamlico Sound. This initial appearance signals the beginning of a potential fishing experience that can be considered world class. If not world class it’s on the “bucket list” of many anglers. To many, this migration is a mystery, but to North Carolina residents it’s an annual happening that signals the coming of Fall. These big Redfish exceed sizes far beyond the same species in other areas.

To understand how these massive Red Drum come to visit the Pamlico is not an easy task but once explained makes total sense. We went to Joe Albea, one of the Carolina’s most iconic fishing experts to get the answers. Joe is the founder and producer of the long running fishing and outdoor show, “Carolina Outdoor Journal” which is broadcasted on UNC-TV. As a lifelong resident of Eastern North Carolina and living just a short distance from the Pamlico Sound, he has seen this extraordinary fishing phenomenon many times over the years.

First, we learned that these big fish spend their winters off the North Carolina coast near Cape Lookout, just offshore from Morehead City, NC. As they approach mating season they move up the Neuse River and enter from the ocean at Hatteras and Ocracoke Inlets as well as other estuaries leading to the Pamlico Sound. Prior to moving up, these massive Redfish are the ones pursued by anglers visiting the Outer Banks each year. The record Redfish caught was caught near Avon, NC on the Outer Banks. They can also be sighted off the beaches as far south as Wilmington, NC during the winter months.

So, with August already here that means that the big bulls are now making the Pamlico Sound their temporary home. This year has been a bit slower than usual partly due to the recent rains that had a large impact on the salinity for the sound’s water. But there’s still time. Commonly these fish will remain around until the later part of September or early October until they move back into the ocean for the winter. If you go fishing for them come rigged for a fight…a big fight. It’s a great “bucket list” item, but remember, these fish, due to their size, are caught for sport only. It’s catch and release… but what a catch it will be!