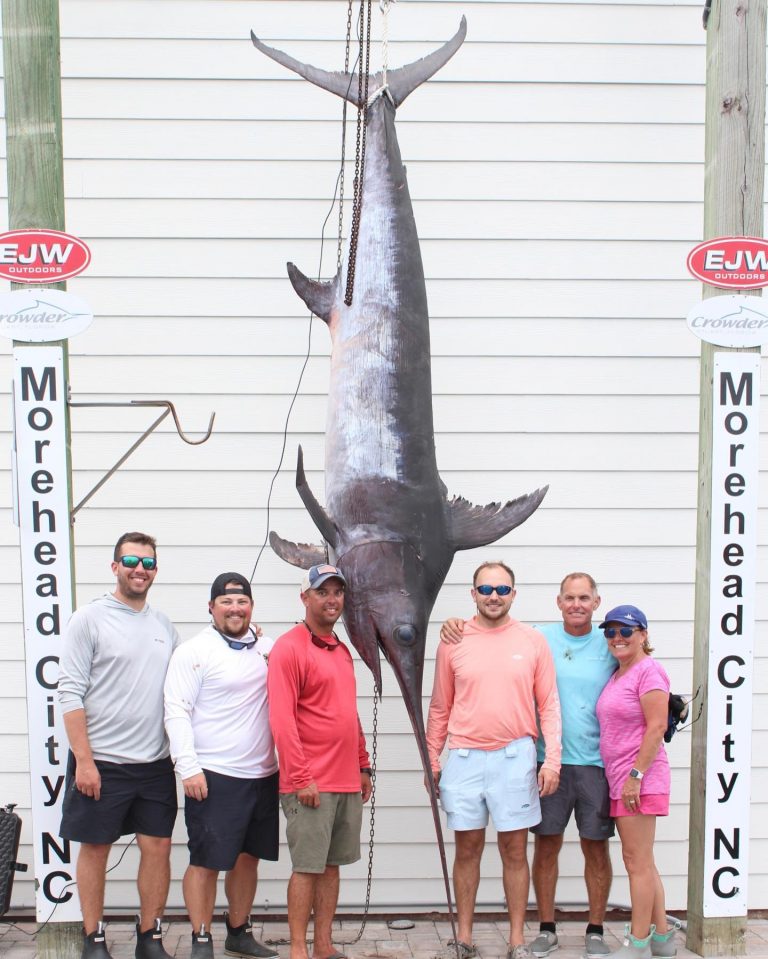 Cary Carney of Newport caught the 504-pound, 8-ounce fish about 55 miles off Morehead City on Aug. 21.

Carney was fishing aboard the Willow B, captained by his son, Brandon Carney. They were fishing in roughly 1,300-foot-deep water when they encountered the “sword of a lifetime,” according to Carney.

Carney’s fish measured 104 inches fork length (from the tip of the nose to the fork in the tail) and had a 53-inch girth. It was weighed in at EJW Outdoors of Morehead City.

Carney landed the fish using 65-pound test line, hand cranked on a Diawa MP3000 reel that had a blown fuse. It was paired to a 6-foot Crowder DDS80 rod, and he used albacore belly for bait.