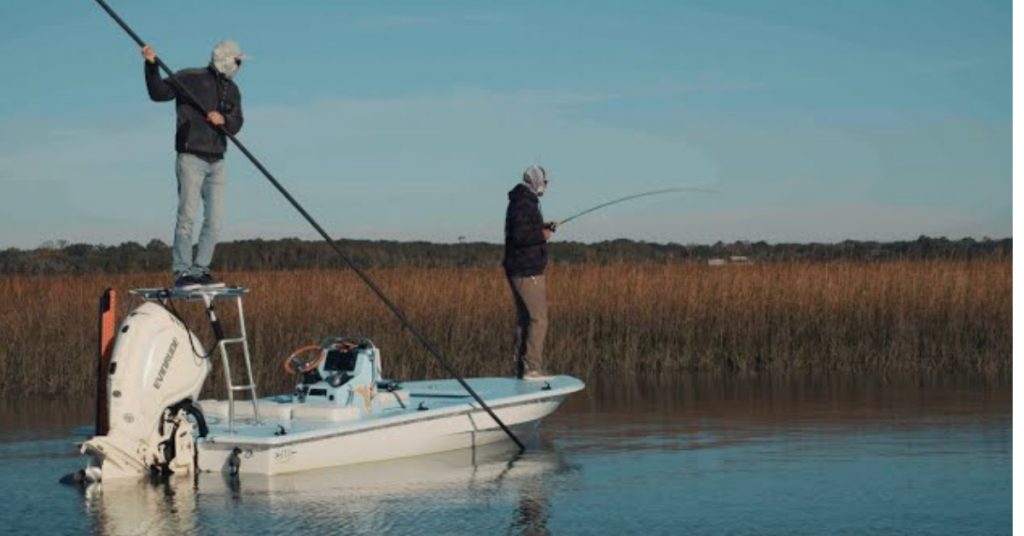 We often talk about great fishing places like North Carolina’s Outer Banks, the Low Country of South Carolina, and many others. However, there’s a place on the North Carolina coast that is a sleeping giant when it comes to saltwater fishing, and this fishing mecca is the home many of the South Atlantic’s best inshore fishing guides. The place is Topsail Island and Surf City, North Carolina, located in Pender County, and also has been the location for many prominent motion pictures. This coastal paradise has attracted families to its pristine beaches for generations with its peaceful yet fun atmosphere. There are a variety of great restaurants and outdoor events making for a fisherman and family’s paradise. 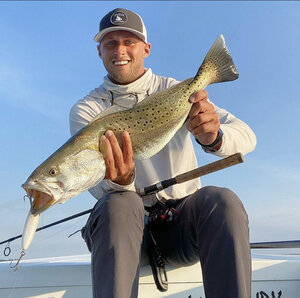 This coastal community has fishing guides that not only guide visiting anglers on fishing excursions, but act as guest instructors for the area and regional fishing seminars. These well-known anglers also act as contributing writers for Saltwater Angler and other publications. Names like Captain Ethan Bilderback and Captain Ozzy Osbourne. This younger generation brings a remarkably new perspective to light tackle inshore fishing. The new tactics and strategies have, in cases, changed the way we fish. Their level of fishing knowledge is astounding and rarely seen in other areas. They study the sport and bring a whole new approach to inshore fishing. 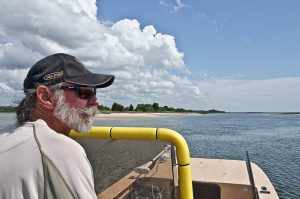 The older generation of anglers from the Pender County coast is possibly the most experienced and well-versed fishing guides in the Carolinas. Names like Mike Oppegaard and Lee Parsons head the list. Lee Parsons, or Captain Lee as he’s known, is considered one of the foremost experts in inshore fishing as well as offshore fishing. For nearly 30 years he has guided thousands of visitors on the Carolina coast. His details to fishing has made him the most prominent seminar speaker and the subject of countless fishing magazine articles. 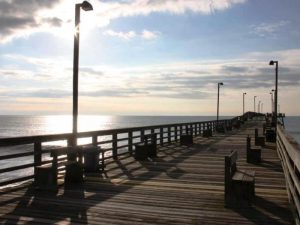 The great fishing of Pender County’s Topsail Island Surf City doesn’t stop there. The area is home to the Surf City fishing piers which have a long history for both vacationers and locals alike. They offer a family atmosphere and a memorable fishing experience. Over the years, the Surf City Ocean Pier and the Jolly Rodger Pier have been the place where countless fishermen, both young and old caught their first fish. More than a place to fish, they’re a fishing tradition. The same is true for the beaches themselves, which offers the perfect place for surf fishing. Just stroll out on the miles of beautiful sandy beaches, cast over the breakers, and wait for a big Bluefish or Spanish Mackerel to take the bait.

Not only is Pender County the home of North Carolina’s best and most well-known fishing guides and historic fishing piers, but just when you think you’ve seen it all, there’s more. Their fishing tradition also spills over to the creators of some of the best fishing lures in the world. Home to Blue Water Candy Lures, this family-owned and operated facility has grown over the

years to become well-known for all types of lures and especially rigs for offshore anglers. Founder, Jodie Gay took his fishing experience to his kitchen table where he began to create and manufacture what is today the famous Blue Water Candy line of lures.  Another lure maker that makes its home in North Carolina’s Pender County is First Flight Lures. While smaller than Blue Water Candy Lures, First Flight Lures produces some of the most breathtaking and effective lures you will find. Today, they have a loyal 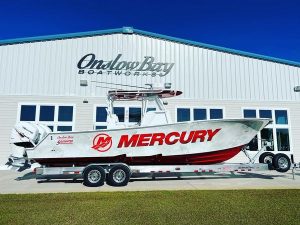 following that continues to grow along the Atlantic coast. Onslow Bay boats is another fishing related business. The sleek fishing vessels have high quality, functionality, and great looks. Center consoles are becoming more popular offshore, and Onslow Bay Boats is rapidly becoming a player. This is evident by the operation moving to a much larger facility to accommodate its popularity and growth.

So, what was once a group of small coastal communities has now evolved into a significant part of the Atlantic coast fishing heritage. It’s where anglers of all levels of expertise come to fish, call home, and create some of the best lures and boats made in America and even the world. Pender County, Topsail Island, and Surf City are places of great fishing and memories for many. It’s a true Carolina fishing legacy. 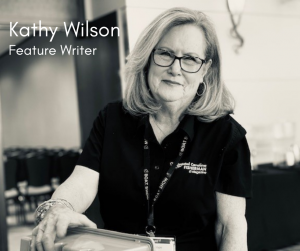