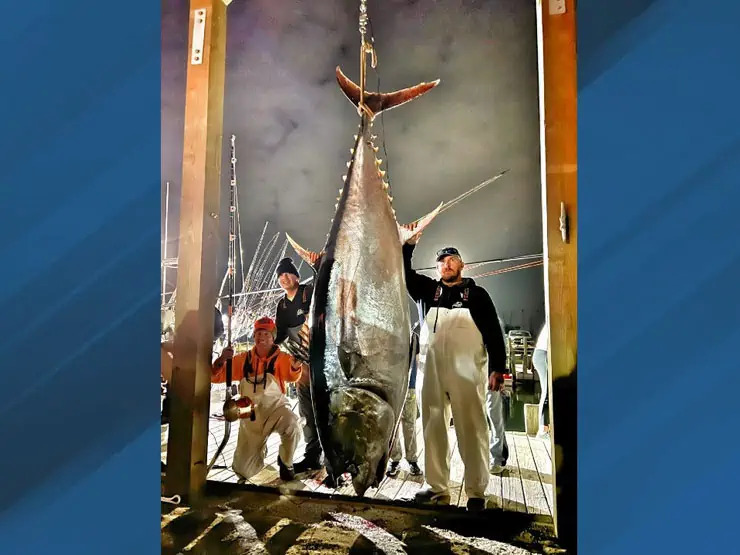 What began as a fun day of tuna fishing with his mates Zack Foster and Aaron Barr turned into a brutal battle against a tuna about as big as a small car.

“I knew it was a giant of a fish and we were headed for an epic battle when the tuna made a sizzling run of about 600-yards,” says Cruise, age 50, a retired Marine Corps officer who was stationed at nearby Camp Lejeune. “We slowly closed the gap to the tuna, but it was a long, tough fight.”