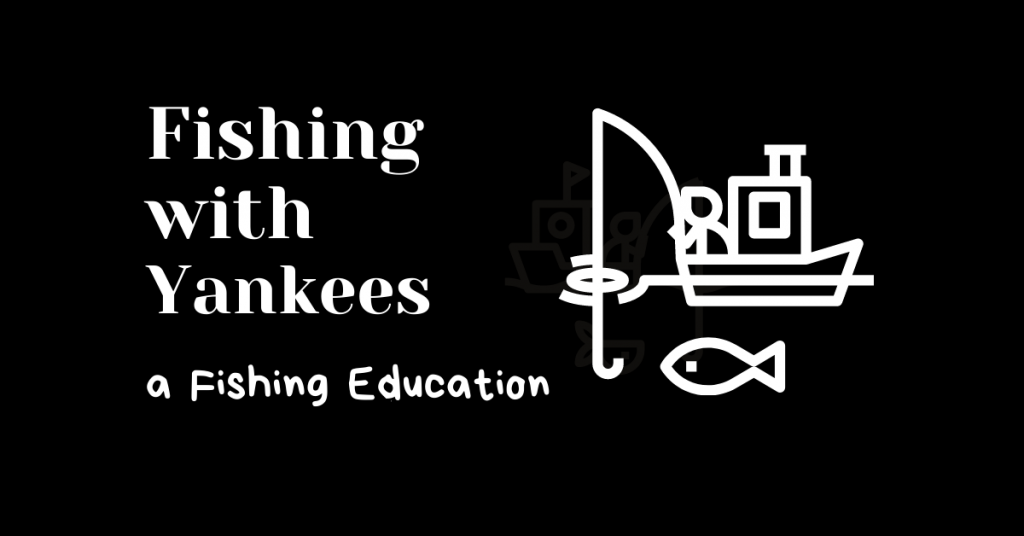 A number of years ago I left my career as a fishing guide. Trading in my faded fishing shirt and cargo shorts for a pressed, button-down collar, I went to work for the marine assistance company, Sea Tow. My twelve years with the company were full of great experiences and allowed me to fish in many locations around the country. One of those was on a trip to the Sea Tow corporate office on Long Island, New York. Having never fished that far north, it was a new experience that I looked forward to. Now, just because I had never fished in the North doesn’t mean I hadn’t fished with them Yankee boys. Many’s the day that I loaded up our guests from the North as a fishing guide and listened to them tell me how they did it in the North, among other things we Southern folks did wrong.

My trip out of Southold, NY was with Joseph, the son of Sea Tow founder and owner, Joe Fronhoefer. The other angler was a fellow named Kent whose wife was the company accountant. Kent was a good old, laid-back guy from Utah. I knew these two were pretty good hunters, but I wasn’t quite sure about their fishing skills. But when I showed up at the marina to head out for a day of fishing, I started to get the picture of what the day was going to be like.

The first hint of an interesting day of fishing with the boys came when Joseph arrived at the marina with a bag of bagels and cups of coffee. Now I gotta tell ya’, bagels and coffee can in no way replace a sausage biscuit and cold coke on a morning fishing trip. Even so, I was polite, unwrapped my bagel, and started chewing. On the first bite, I noticed something odd about the taste. A salty fishy taste. I opened the bagel to look at the inside and there was something pink inside. Both of them started laughing and told me that it was Lox. Kent informed me that it was a kind of smoked salmon. So now I’m eating a chewy biscuit with a hole in it that has fish and cream cheese inside while swigging hot coffee in July.

Just when I thought it couldn’t get any worse, the boys brought out 6 rods and reels that looked like props from the movie “Jaws”. The rods were the size of broomsticks and the reels looked like they came from a commercial fishing boat in the 1920s. They were conventional reels as big around as my arm with green mold from the corrosion. They were rigged with what looked to be an 80-pound fluorocarbon line from K-Mart. I know, I saw the spool in one of their tackle boxes. 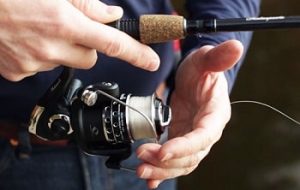 So, I went back to my truck and pulled out my 7′ medium flex rod with the PENN 2500 size reel, sporting a 15-pound test braid line with a fresh Fluro leader. An outfit worthy of every self-respecting Southern fisherman. The outfit also included a double rig since I had been told we would be fishing for Bluefish. About now was when the laughing started. Next thing I know, both Yankees are bent double laughing at me and my rod and reel. Once they caught their breath Joseph composed himself to tell me. “You can’t fish with that little thing. These big Blues are twice the size of those little choppers you catch down South.” I stood back and let the “experts” have their laugh. Once the chuckling ended I said to them both in a slow methodical voice that only a Southerner can do, “First off, you boys fishing with them broomsticks is like eating grits with a shovel. It’s a bit of overkill and it damn sure ain’t no sport.” It was about that time that the smirk on their faces disappeared. I then proceeded to show them this little knob on my reel and said. “See this here knob on this reel? It’s called a drag. It’s a pretty neat little contraption. Depending on how big the fish is, you can turn it and it puts the brakes on your line or eases up on the brakes and puts less tension on your fishing line so it doesn’t break. That way you can fight and catch a bigger fish with lighter gear instead of those telephone poles and wenches you guys have got there! That way it’s a fair fight. Let’s go fishing and I’ll show you how it works.”

A few minutes later we were loaded and climbed aboard Kent’s brand new Grady White boat. At least then I felt a little more at home knowing that we were in a boat made in the Carolinas. We headed out to a place called “The Gut,” its real name was Plum Gut, located in Peconic Bay between Greenport, NY, and a place called Plum Island, it’s where the current rips and little boats don’t stand much of a chance. Once there I rigged up a double rig with a lot of weight to allow for the current then got a couple of slices of cut bait on the hook. Casting as far as I could to get out of the current I was finally fishing in New York. The others used similar rigs, but they were using those wenches call reels and rods as big around as your arm, casting with the current.

It was only a few minutes before my rod was bent over about double. I quickly eased up on the drag enough to let the fish run, but still make him fight. After about 5 minutes of reeling and running, the fish was tuckered out and let me bring him to the boat. That’s when we saw that it was actually 2 big 5-pound Bluefish. The Yankee boys were amazed and more than that they wanted to try it. The rest of the day was nothing but laughter, but no longer were they laughing at me. These sons of the Empire state had learned a new way to fish. Lighten the gear and make it a fair fight. The Southern way to fish had just hit the North and the North would never be the same. I’m sure in the following days and weeks light tackle rods and reels flew off tackle shop shelves. This newfound way of fishing was more popular than collard greens and black-eyed peas on New Years’ in Charleston.

I’ve thought a lot about that day and wondered how I would top it if I ever went back? I think I’ll teach them how to fish for Catfish with dynamite. You can get at least ten fish with every cast and you don’t even have to clean’um or gut’um.

Disclaimer…Make no mistake! For over ten years I worked for Sea Tow Services International, located on Long Island, NY. While there, I came to love all the folks I worked with. Many became my best friends and remain so today. Since leaving Sea Tow, I’ve met many others from the North also as friends and neighbors. Thanks for bringing a bit of Northern spice to our already great South. We love you and we are glad you’re here!