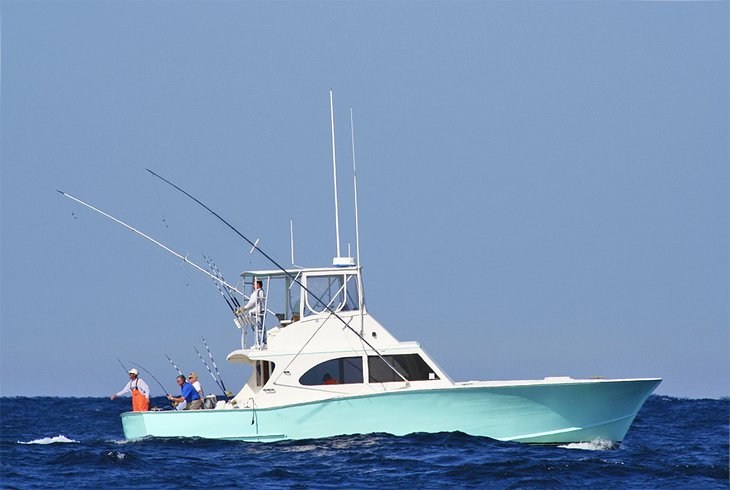 As most saltwater fishermen know, the inlet is where it all begins and ends. It’s where many times can be your 2 toughest challenges of the day. Going out the inlet and coming back in. It’s never, ever the same. It can be filled with big rollers or slick as glass and everything in between. As a charter captain of a small boat in the 90’s, Wrightsville Beach’s Masonboro Inlet kept me awake many a night before the next day’s charter. Even with the jetties breaking much of the turbulence, Masonboro Inlet could stand up and lift its ugly head depending on the wind and  current. I would lie in bed wondering if I would be able to get out the inlet or miss a sorely needed charter fee due to having to cancel.

However, most days in the inlet both coming and going were actually great. It would start with the anticipation of the fishing day ahead and most times end with pride that only catching fish can bring. Over time I found that those days transiting the inlet was far more than catching fish and making a living. It was also about the lifestyle, the experience, and the many things that made that lifestyle great. One thing in particular, was the chatter each morning from the charter captains on the VHF radio. It was a small group of usually about half a dozen guys with boats big and small. Of course, I had the smallest boat in the fleet with an 18 footer. We would each ease out the inlet and start looking for bait breaking the water running from the Bluefish and Spanish Mackerel. Boats with names like Fortune Hunter, Whipsaw, Green Machine, and GottaFly would let out their lines and start trolling. Pretty soon the fleet would all be there. That’s when roll call would come over the VHF.

It really was not a roll call as you might think. Instead, it would usually start with Captain Jimmy Vass on board the Fortune Hunter, a beautiful fully restored 28 foot Bertram. Jimmy would start calling each boat one at a time to offer his good morning greetings. He referred to each captain in his unique way. When it was my turn, Jimmy would always, without fail, hail me by calling over the VHF in his happy voice………”hey big money!” Soon the radio traffic would turn to friendly insults and verbal jabs from captains with names like Robbie, Lee, Squid, and Brent badgering each other. As the newest guy out there, I usually kept pretty quiet and was just listening while chuckling to myself. However, I would be the target of an occasional harmless barb that only served to make me fell like one the guys. A member of what grew to feel was a special group of skilled and talented anglers.

As the morning progressed the VHF conversations moved from greetings to where the bait was breaking and fisher were biting. Those catching would relay their success and those not catching were left to having to make up something. The day would move on as the sun would rise and become hotter and the VHF would grow silent. After about 4 hours of fishing, we would quietly return to our respective docks.  We’d then settle up with our charter customers and hope for a big tip. The fish would be cleaned and packaged and the boats and tackle would be scrubbed and hosed down and readied for the next day. Then, a group of charter captains would head around the corner to the Middle Of The Island restaurant. Coming out of the hot sun into the air-conditioned restaurant felt like walking into the arctic circle. I can still taste the MOI ice-cold sweet tea while we waited on our plates of fried shrimp, mashed potatoes, and coleslaw while talking about our day out the nearby inlet. The next day we would do it all over again, beginning with calling the roll and and again hearing Jimmy’s welcoming voice broadcasting ….”hey big money” across the radio.  It was a sign of a great day ahead, fish or no fish. It was about being in a place I loved and living the dream of a country boy from the North Carolina foothills.

It’s a memory that I still smile about today. Jimmy’s nickname for me remains a reminder of those great days in the late-90’s. To this day I use that nick name  to address only my best friends. Several times a day I’ll reach out to one of those friends on the phone and when they answer I reply with……”hey big money!” No one has ever complained. In many respects it’s the same kind of memory as playing catch in the backyard with your dad or sitting on the porch with your grand dad and hearing about his life as a child. It’s the kind of memories that are never far away. It’s those memories that out of nowhere come to  mind, riding down the road or sitting on your own porch on a warm summer night.

It’s been nearly 25 years since I last heard the roll call of the Wrightsville Beach charter fleet and lot water has come in and out of that inlet since then. I see those guys occasionally and we always take a minute and catch up. From time to time I even run into Captain jimmy Vass. And each time he looks up and smiles at his infectious loud voice says…….”hey big money.” It’s a sound that never gets old. It’s the sound of a great time in my life. It’s the sound of being part of the Wrightsville Beach charter fleet. A group of guys that I will never forget and always respect. Their love of fishing changed me and my life forever.