The Little Boat that DID!!!!! Story of Fishing Determination 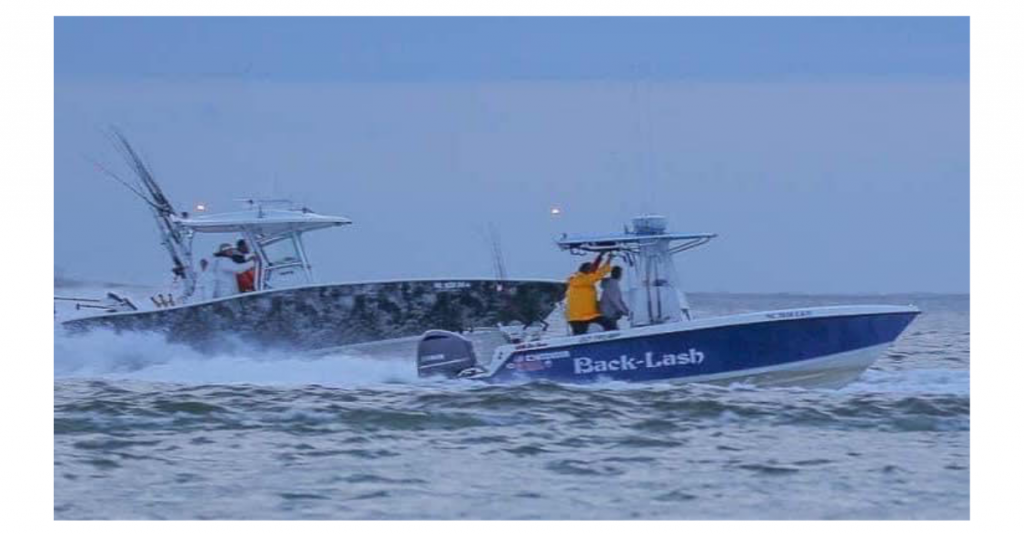 I first met Eris at a somewhat small King Mackerel tournament in Sneads Ferry, NC. He was fishing out of a small  21′ Hydra Sport, which is unusual by anyone’s standards. He seemed to be undaunted by the challenges of a small, flat-bottom boat in an offshore fishing tournament. On the first day of the competition, he blasted out the inlet beside the far bigger center consoles that sported names like Fountain, Regulator, and Everglades. I quickly learned that Eris was not intimidated by the size or make of the boats or really anything for that matter. Instead, Eris placed his razor-sharp focus on catching the biggest King Mackerel that day 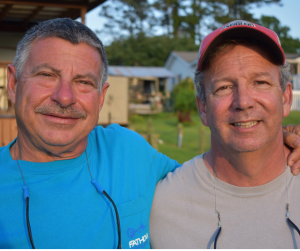 Several years later, I was asked by the Southern Kingfish Association to assist with photographing the competitors as they returned on the last day of the SKA National Championship. By that time Eris and I had become good friends and he had upgraded to a larger Contender center console. As Eris eased by for pictures I asked him to “show me a big fish.” While the photographer took the shot, I took out my mobile phone and got a picture. Little did I know at the time it was going to be the winner of the 2015 King Mackerel Tournament. However, I shouldn’t have been surprised since the guy in the picture was my friend, Eris Jones. It was caught on a 23’ single-engine Contender.

In 2020 Eris won the SKA Divisions 1 and 9 in the Single Engine Class, Senior Class, and Overall Class. This is in addition to many other wins on the SKA circuit in previous years. Again, in that 21′ Contender, proving yet one more time that he’s not intimidated by the bigger boats and anything else for that matter. In early 2021 Eris and his friend Brenda traveled to Florida to the Contender boat plant. As a result, a new and BIGGER boat is now being built. What that means, we don’t really know, but I think we’ll all know it likely means more championships in Eris’s future. More big Kings and even more wins.

Over the years, our friendship has grown. Many times my phone will ring with Eris on the other end inviting me to come to his home in Sneads Ferry, North Carolina for a cookout. These are great events and you never know who you’re going to meet. It could be a former SKA National Champion or a Marine from nearby Camp Lejeune. These events are always filled with fun, great people, and fantastic food from his huge outdoor grill. Most of all for me and my wife Kathy, it’s relaxing and far from our hectic daily pace. Over those same years, I’ve come to better know Eris. His loyalty to the sport of fishing and incredible determination is at a level that you seldom see in people. This determination has made it possible for a man with a small, single-engine boat to become a national champion and winner of countless prizes. He has a growing following within the fishing community. His Facebook page (Topsail Island Fishing) is the envy of many fishing bloggers and social media pages. 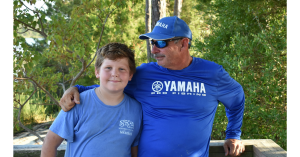 His story reminds me of the children’s book, The Little Train Thought It Could. However, in Eris’s case, It’s The Guy In the Little Boat That Had No Doubt. It’s a way of approaching life that he continues to repeat over and over again. He not only fishes with great determination, but he also speaks out for changes in the North Carolina saltwater fishery management with a firm stand on more effective ways to restore the state’s fishing resource. Caution…don’t ask him his opinion unless you really want to hear it, because you’ll get it. That’s the kind of guy he is. A man that loves his family and friends as well as the fishing community. It’s that determination that has made him a Big Champion in a little boat.

My grandfather passed away long before my fishing career began. He missed my days as a guide and the day I caught a giant Bluefin Tuna. While I know he would have been proud, I think he was just as proud of that 3-pound catfish I caught at 10 years old. He looked at me with the same sense of pride that Eris had for Laken, his grandson, that day during the U.S. Open King Mackerel Tournament. It was about a grandfather sharing something special with someone that’s the most special person in his life. It’s a feeling that only a grandfather knows. One that lasts longer than prize money, trophies and titles. Eris and Laken are both winners in each other’s eyes and that’s what really matters.