Down to the Wire….Losing a Championship King Mackerel 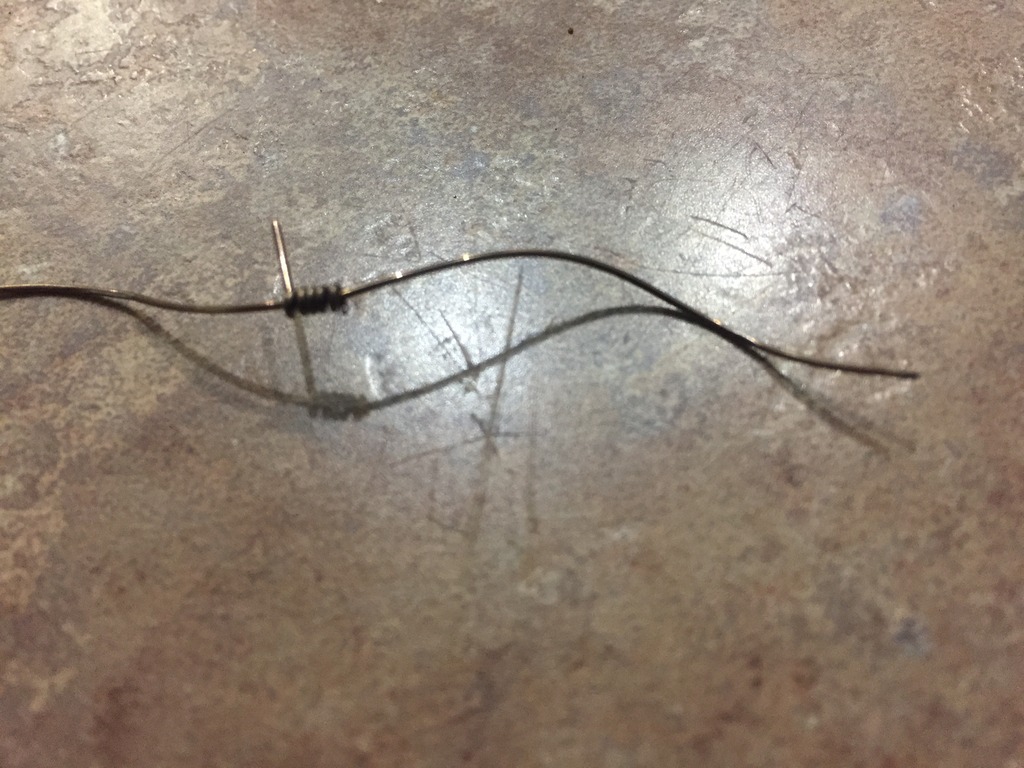 Bob Carr is an avid angler and specializes in King Mackerel Fishing. In 2019, Bob and his team were in the U.S. Open King Mackerel Tournament in Southport, NC. It was a win that became known as the “Miracle on the Cape Fear.” The name reflects how Bob and his team beat multiple odds to win the coveted Championship title that year. The team was made up of a group of fishing friends competing with teams that enjoyed the luxury of corporate sponsors, but skill and guts together are what really make winners.

In 2020 Bob’s team came back to defend their title. It was the same team made up of Bob and his fishing friends on the same boat hoping to repeat last year’s memorable victory. This came with great hope, expectations, and apprehension as well as pressure. When they came into the last day of the U.S. Open King Mackerel Tournament, the team had yet to land a competitive fish. Here’s what took place.

At 2:00 in the afternoon on the last day of the competition with no winning fish in the boat and time running out, the team took a few minutes to check their bait one more time. A crew member changed the bait on one of the lines that were rigged with a green mylar shirt.  Putting the rig back into the water, he started to pay out the line. When it was out about 300 yards, all hell broke loose. The drag was set to put adequate pressure on the fish and not risk breaking the line on the 38-pound test wire rig. It was clear it was a big fish and he continued to run hard. The captain quickly maneuvered the boat around to both follow and fight the fish. Thanks to their years of experience, the actions both on the deck and getting the boat in position was smooth and effortless. It was time to turn around and start recovering the line from the potential winning fish of the 2020 U.S. Open King Mackerel Tournament. They had been there a hundred times before and they knew what to do, But this time it’s to win one of the biggest fishing tournaments in America for 2 years in a row.  And then it happened! 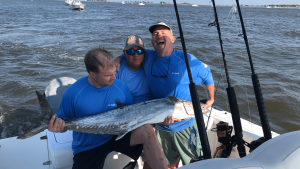 Just as they succeeded in turning around the big King Mackerel, the line went limp. It’s a feeling that brings both horror and pain to the pit of every angler’s stomach. It increases your already beating heart rate and causes you to sweat what seems like gallons. For a moment the deck went quiet and the crew just stared out into the ocean hoping the slack was caused by the King racing toward the boat or he may pick the bait back up. None of this was the case. They reeled the limp line in and saw the leader wire had given way. Was it a break in the wire of the swivel or was the haywire twist-tied incorrectly? They just stared at what was once a carefully tied rig that had been reduced to a twisted length of wire looking like a pig’s tail. The U.S. Open King Mackerel Tournament Championship for Bob just disappeared, thanks to a small piece of wire.

In the days to follow, the team performed a post-mortem on what actually happened. After 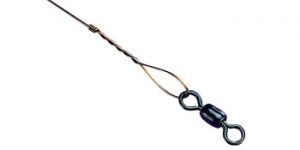 hours of investigating everything from the other rigs, swivels, and the drag setting, they determined that the failure happened with the size and strength of the wire leader. The massive size of the fish that was hooked was more than the 38-pound wire could handle. They could have relaxed the drag, but that would only result in getting spooled. They could have chased the fish, but time was running out to get the weigh-in under the deadline. This proves catching King Mackerel is an art. It’s far more than trolling with dead or live bait and waiting for a fish to come along and then just cranking it. It’s a sport of countless tiny, yet significant details that have to be considered. It’s about forever correcting your errors and NEVER assuming that you’re doing everything right. You have to be self-critical to a fault.

Bob and his team didn’t win the U.S. Open King Mackerel Tournament last year, but they came a big step closer to winning this year’s. Week’s after missing what was possibly the winning fish and realizing the cause, they made adjustments. They beefed up the wire strength to 40 pounds. This is based on knowing that while a lighter wire may spook less fish, it doesn’t matter if you can’t get that fish to the boat.

So, this year when the U.S. Open comes around and a big old 50 pound+ King Mackerel comes up behind Bob’s boat, he may want to keep his distance. Bob and his fishing team won’t make the same mistake twice.